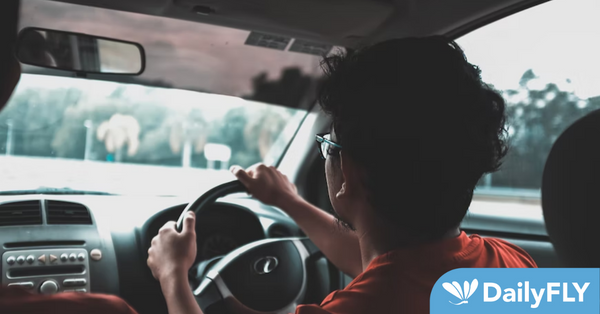 Between January 2021 and July 2022, 557 Washingtonians filed complaints to the Attorney General’s Office regarding used car sales — an average of approximately one complaint per day

Ferguson’s and Hackney’s proposal protects Washington used car buyers. When used cars break down or malfunction shortly after purchase, Washingtonians will have the right to a full refund, or the dealer must cover most of the costs of mechanical repairs.

Consumers will have their out-of-pocket expenses capped at $200 for repair costs if their vehicle breaks down shortly after purchase.

Between January 2021 and July 2022, 557 Washingtonians filed complaints to the Attorney General’s Office against used car dealers – an average of approximately one complaint per day. One Washington consumer wrote: “The vehicle is not reasonably safe and has major issues. Please help me recover my peace. I just want them to do what’s right.”

Additional consumer complaints can be found in this report from the Attorney General’s Office.

“This is one of the top complaints my office receives from consumers,” Ferguson said. “It is time to fix this law and protect Washingtonians.”

“It only takes driving on I-5 at rush hour to understand how many Washingtonians are out on the roads everyday — commuting to work, dropping their kids at school, making a run to the grocery store, going to a doctor’s appointment and much more,” Rep. Hackney said. “People rely on their cars and deserve better than falling prey to deceptive practices, leading them to unknowingly waive their consumer protections. By strengthening those protections and clarifying the law, we can help ensure that Washington consumers are treated more fairly when buying a used car.”

KIRO reporter Jesse Jones first covered the need for this law in a May 2022 report that highlighted the story of a used car buyer who paid more than $13,700 for a sedan that needed an additional $3,900 in mechanical work.

One of the few consumer protections for used cars in current law — the implied warranty of merchantability — provides limited protections to consumers who are aware of it. Consumers report instances of car dealers requiring them to waive their protections under this implied warranty. In the KIRO story, the man interviewed said this waiver was in a stack of papers he signed when he purchased the vehicle but he did not see the wording on the document as he signed it.

The bill applies to cars that are less than 20 years old and have less than 125,000 miles. The new law requires auto dealers to provide the same limited warranty. Dealers cannot ask buyers to waive this warranty.

Any auto dealers who violate the new law face penalties under the state Consumer Protection Act of up to $7,500 per violation.

Other consumers’ used car complaints to the Attorney General’s Office

The following is a sampling of complaints submitted to the Attorney General’s Office:

A car buyer in Olympia bought a vehicle in March 2022 to help her manage having two jobs and two children. In her complaint, she reported that the car needed most of its fluids replaced by July 2022 and would “spit out gas.” Eventually, the car broke down in early July 2022 and needed an engine replacement. She ended her complaint by writing, “I can’t understand why [the dealer] would sell a car off the lot like this to a woman with two kids. I took the car plenty of times to try and fix things on the car, not once did work to it. My biggest complaint is being how much I’ve also put aside into this car trying to figure out what was wrong, just to be left with nothing.”

A car buyer in Richland had issues with an overheating engine in July 2022and the check engine light coming on within two days of his truck purchase. The purchaser left the truck with the dealer because he did not feel safe having his wife or children in it. After waiting several days for repairs, he got the vehicle back but the check engine light was still on and the vehicle suddenly turned off, leaving his family stranded. He wrote, “The vehicle is not reasonably safe and has major issues. Please help me recover my peace. I just want them to do what’s right.”

A car buyer in Wenatchee complained that in July 2022 the vehicle had issues with spark plugs and they spent approximately $3,000 in repairs. The buyer wrote, “I owe $18,000 on the car still and it’s blown after 3 months … My warranty for the car won’t cover the work to be done.” The buyer wrote the dealer “won’t help me out and I’m at a complete loss.”