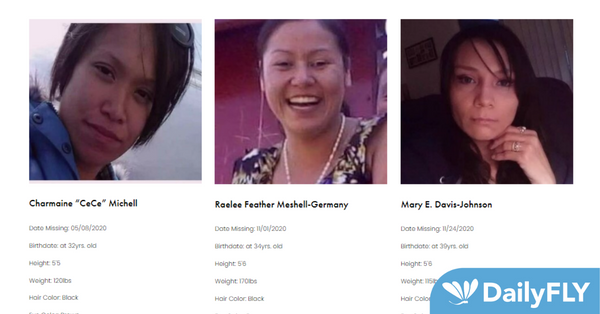 The Task Force unanimously recommended the creation of the cold case unit in Ferguson’s office.

“We must address the crisis of missing and murdered Indigenous women and people,” Ferguson said. “This bill not only honors the Task Force’s recommendation, it’s the right thing to do and is long overdue.”

“The epidemic of missing and murdered women and people in the Indigenous community is finally being acknowledged and prioritized by policy makers,” said Dhingra, who is chair of the Senate Law & Justice Committee. “Dedicating the resources and expertise necessary to solve the cases we already know about is the best way to bring justice for those we have lost. Funding awareness and training will help to prevent future tragedies.”

“Addressing the crisis of missing and murdered Indigenous women and people requires coordination at all levels of government,” Lekanoff said. “Only together can we address this threat to our communities, and housing the MMIWP Cold Case Unit within the Office of the Attorney General not only helps ensure needed resources are available, but also sends a message to Washington’s first peoples. A message that they are finally being seen and heard, and that Washington state is protecting them.”

American Indian and Alaskan Native women and people experience violence at much higher rates than other populations. The National Centers for Disease Control & Prevention reports that homicide is the sixth-leading cause of death for Indigenous women and girls and the third-leading cause of death for Indigenous men. A recent federal study reported that Native American women are murdered at rates 10 times the national average in some jurisdictions.

According to data from the Homicide Investigation Tracking System in the Attorney General’s Office, Indigenous victims are 5% of the unresolved cases throughout the state, while making up less than 2% of the population. Due to reporting practices, racial misclassification, data collection and jurisdictional issues, the actual disparity is likely even more significant.

The CCIU will include investigators and a case navigator whose primary function is to work with and maintain regular, consistent communication with families of missing and murdered Indigenous women and people, and to convey information between the investigators and families using culturally appropriate and trauma informed practices.

The Task Force combines the institutional and cultural knowledge of Indigenous communities, tribal nations and state agencies to center the experiences of survivors and families and to approach the work in a way that is responsive to communities and grounded in Indigenous values.

Violence against Indigenous women and within Indigenous communities continues to be underreported and misunderstood throughout Indian Country and the United States. Complex issues around jurisdiction and data collection have created obstacles to understanding the full extent of how many Indigenous women have gone missing, been murdered or been the victim of other types of gender-based crime over generations.

In August of 2022, the Task Force issued its first report, which included 10 unanimous recommendations. Among the recommendations is the creation and funding of the cold case unit within the Attorney General’s Office.