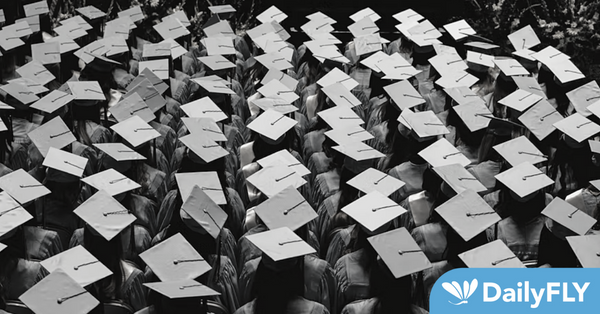 Originally posted on IdahoEdNews.org on January 12, 2023

In a surprise from his State of the State address Monday, Gov. Brad Little unveiled an ambitious $80 million-a-year scholarship program.

It would be, by far, Idaho’s largest taxpayer-funded scholarship. And Idaho’s most versatile scholarship. High school graduates could use the money to pursue a two- or four-year degree, a career-technical certificate or workforce training.

On Thursday, Little’s staffers could not answer a series of questions about how the scholarship program would work, saying they need to work out the details with the Legislature. Regardless of the logistics, Little might have to sell lawmakers on his basic idea. Over the past few years, lawmakers have beefed up scholarships, in an attempt to boost college go-on rates that fell to a dismal 37% in 2021. But they’ve spent the money reluctantly.

What we know so far …

On Monday, Little called his “Idaho Launch” scholarship “the single largest investment in career-technical and workforce education in state history.”

He divulged just enough details to back up the claim. Starting with the class of 2024, every high school graduate would be eligible for a scholarship of up to $8,500.

We also know where the $80 million a year would come from: sales taxes. During a one-day special session in September, the Legislature earmarked $410 million of sales tax revenue for ongoing education spending. The scholarship money would come from an $80 million line item, dedicated to preparing students for in-demand careers.

We also know who would be in charge. The state’s Workforce Development Council would run the program, and receive $5 million for the launch, Little’s office said Thursday.

And we know why Little decided to put the full in-demand careers line item into scholarships. Students routinely say cost is their biggest barrier to continuing their education, Little’s office said, so the scholarships are a key to cultivating a skilled work force.

… and what we don’t know

This week, Idaho Education News asked the governor’s office and the State Board of Education several questions about how the scholarship program would work. Among our questions:

The State Board referred all questions to Little’s office, which provided the same response to each question about logistics. “The governor is calibrating a policy bill with the Legislature that will determine these parameters.”

It is also unclear exactly how far the money would go. The $80 million would cover maximum $8,500 awards for about 9,400 students, not quite half of the state’s high school graduating class. If demand exceeds funding, the state would prioritize scholarships, for programs guaranteed to land a student a job, Alex Adams, Little’s budget director, told the Joint Finance-Appropriations Committee Tuesday.

But it also isn’t clear how a preferential system would work.

It was the hallmark of one of the state’s most ballyhooed educational initiatives: the “60% goal.”

For years, Idaho’s education, political and business leaders rallied behind one idea: they wanted 60% of the state’s young adults to complete some form of postsecondary education. This was often misconstrued as a college graduation goal, but professional certifications also counted toward the goal.

In 2019, only 44% of Idaho’s 25- to 34-year-olds held a degree or certificate, according to the Indianapolis-based Lumina Foundation.

Idaho leaders have all but abandoned their elusive 60% goal. But Little hasn’t stopped talking about the need for a holistic approach. “There are many pathways to success in today’s economy, and all pathways deserve our support,” he said Monday.

And Little isn’t alone on this message. In October, the student body presidents Boise State University, the University of Idaho, Lewis-Clark State College and the College of Western Idaho co-wrote a guest opinion pushing for a statewide scholarship program — and not just for college-bound students. “We need skilled labor with technical education and training in welding, plumbing, electrical, and other job-specific certificates,” the presidents wrote.

On Monday, they watched the State of the State address from the House gallery, at Little’s invitation.

Or cover the costs of community colleges such as CWI, with annual tuition of $3,336. “The in-demand careers fund will cover a two-year degree at CWI,” college spokesman Ashley Smith said Thursday.

The need-based scholarship is also designed to provide ongoing financial aid. If recipients stay in school and keep their grades up, the Opportunity Scholarship is worth up to $3,500 per year, for up to four years.

In all, the state rewards about 6,300 Opportunity Scholarships — between new awards and ongoing payments for students continuing their studies. The state awards about 3,000 new scholarships a year — not enough to keep pace in a state with 20,000 high school graduates, Little’s office says.

Consequently, the state has ramped up its funding commitment. In 2015, the Opportunity Scholarship was a $5 million program. This year’s budget is $20.8 million.

While the growth has been considerable, it hasn’t always come easily. In 2019, Little’s first year in office, lawmakers agreed to increase the Opportunity Scholarship budget from $13.5 million to $20.5 million. The bill hit considerable resistance from House conservatives, narrowly passing on a 38-30 vote.

Is it socialism — or filling a worker pipeline?

“Someone explain to me how giving every student graduating from high school an $8,500 free scholarship isn’t socialism?” first-term Sen. Scott Herndon, R-Sagle, said on Twitter earlier this week. Herndon sits on JFAC, which would ultimately write any budget bill containing scholarship money. Herndon also sits on the Senate Education Committee, which could have a say in the still-unanswered logistical questions.

Rep. Julie Yamamoto, the new chairwoman of the House Education Committee, isn’t necessarily expecting pushback on the scholarship plan. But Yamamoto, R-Caldwell, expects her colleagues to ask a lot of questions. For her part, she wonders whether the scholarship money will be available to high school graduates who take a gap year — one of the questions the governor’s office didn’t answer this week.

“I just think there’s a lot of nuts and bolts that have to be discussed,” she said. “I’m eager to have those kind of discussions.”

Yamamoto said she was surprised that Little proposed $80 million in scholarships, but appreciates Little’s emphasis on preparing high school graduates for good-paying jobs. “We know we need to develop that workforce pipeline.”