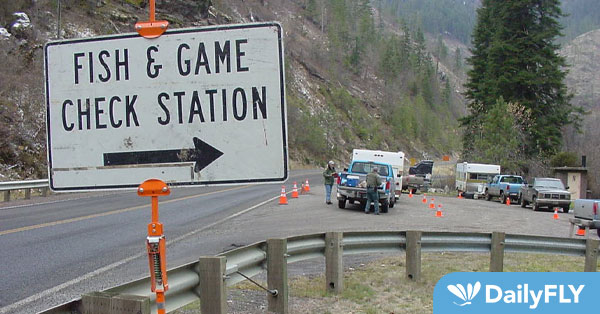 A Fish and Game employee found the deer dead on the side of the road. The cause of its death is unknown. The deer’s head was collected and its lymph nodes were sent to a lab for testing.

“We expected to see more positive animals from Unit 14 this year, so while not surprising, it’s an important reminder that chronic wasting disease is present here in Idaho,” said State Wildlife Manager, Rick Ward. “We want to remind hunters they must not remove whole carcasses of deer, elk, or moose from Hunting Units 14 and 15.”

This latest detection is the first for the 2022 hunting season but marks the seventh animal to test positive for CWD in Unit 14. All seven were between Riggins and Grangeville.

To date, Fish and Game staff have collected samples from 1,017 deer and elk statewide this year, and testing on most of those animals is pending.

The Fish and Game Commission established Units 14-15 as a “CWD Management Zone,” which means hunters who harvest deer, elk or moose have to follow new rules:

To learn more, go to Idaho Fish and Game’s CWD webpage and read about hunting rules within the CWD Management Zone or see the video below.

Fish and Game officials are reminding hunters that transporting a deer, elk, or moose carcass out of the CWD Management Zone (Units 14 and 15) is a misdemeanor and can be punishable by up to a $1,000 fine, 6 months in jail, and up to three years hunting license revocation.

“We’re seeing more hunters at check stations than we’d like to see bringing full carcasses out of Units 14 and 15,” said Brian Jack, Assistant Enforcement Chief. “That has resulted in several citations. The potential spread of CWD is a serious threat, and we want hunters to be aware that there are consequences if they fail to adhere to the rules of hunting in a CWD Management Zone.”

CWD has not been found outside of unit 14, and to protect Idaho’s deer and elk populations, Fish and Game officials want to prevent its spread, which is why it’s important that hunters understand and follow the CWD Management Zone requirements.

There is no cure for CWD, and possible population impacts on Idaho’s elk, deer, and moose herds are a major concern.

The lack of treatment options, vaccination, reliable diagnostic tests for live animals, and the persistence of the disease in the environment are all causes for concern because ultimately, CWD poses a risk to future hunting opportunities.

Deer and elk hunters can leave lymph nodes from harvested animals at five CWD drop-off locations throughout the Southeast Region, including the regional Fish and Game office in Pocatello.  Fish and Game staff at check stations and the regional offices (during normal office hours) can assist hunters with lymph node removal if requested.