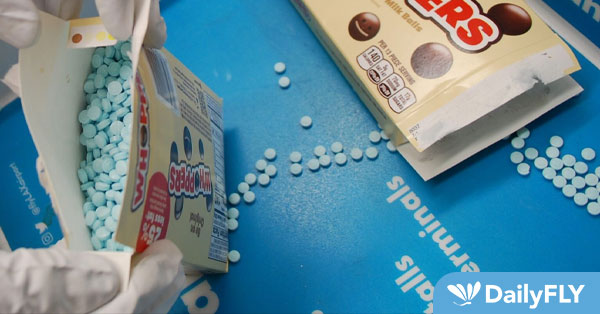 The suspect attempted to go through TSA screening with several bags of candy and miscellaneous snacks with the intent of boarding a plane.  However, it was discovered that inside the “Sweetarts”, “Skittles”, and “Whoppers” candy boxes were fentanyl pills and not candy.  The suspect fled prior to being detained by law enforcement but has been identified and the investigation is ongoing.

“During routine screening at the checkpoint at LAX Airport, TSA Officers noticed an item in a traveler’s carry-on bag that, on the X-ray screen, looked like a potential security threat,” TSA Federal Security Director at LAX Jason Pantages said. “During a follow-up bag check, they discovered suspected drugs hidden in candy boxes. Thank you to the TSA officers who disrupted the smuggling of these deadly drugs and immediately notified law enforcement.”

“This incident serves as a reminder that as TSA carries out our core security mission to protect travelers,” Pantages said. “We are in a unique position to also protect the health and safety of the public.”

With Halloween approaching, parents need to make sure they are checking their kids’ candy and not allowing them to eat anything until it has been inspected by them.  If you find anything in candy boxes that you believe might be narcotics, do not touch it and immediately notify your local law enforcement agency.