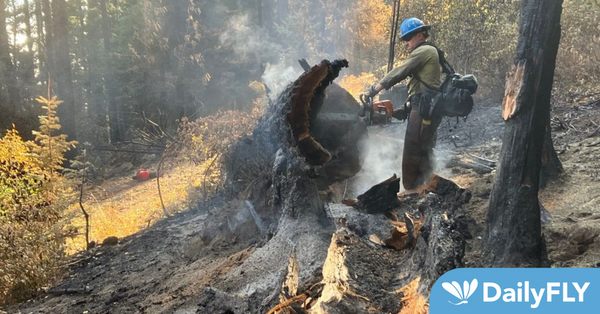 (Idaho Capital Sun) – The Cascade Ranger District on the Boise National Forest will host a post-Four Corners Fire and prescribed fire open house for nearby residents about future management actions to reduce the risk of wildfire. The open house will be from 5:30-7:30 p.m. Jan. 25 at the American Legion Hall, 105 E. Mill St. in Cascade, according to a press release.

The Four Corners Fire, which burned more than 13,700 acres and required evacuations, was reported the evening of Aug. 13 after a lightning storm passed over the area, according to InciWeb, an interagency incident information management system that tracks fires across the U.S. The fire was located west of Lake Cascade, in the West Mountain range on the Payette and Boise national forests. It is burned within Adams, Gem and Valley counties.

“This community experienced an extremely stressful, near miss with the Four Corners Fire,” said Dennis Benson, acting Cascade District Ranger, in the press release. “We want to avoid a similar situation in the future. To do that, we want to further build our relationship with the community, so they are informed about future fuel treatments and feel comfortable sharing their concerns. We expect this will be the first of many.”

Forest officials will address community concerns and answer any questions about the district’s plans related to fuel reduction and forest restoration. Multiple disciplines will be represented along with wildfire personnel, the release said.

Some of the proposed fuel treatments from national forest officials include commercial timber sales, noncommercial thinning and prescribed fire to clean up the undergrowth, according to the release.

“Thinning out the forest will reduce nutrient competition, (and will) generate stronger trees that are more resilient to insect, disease and wildfire,” the release said.