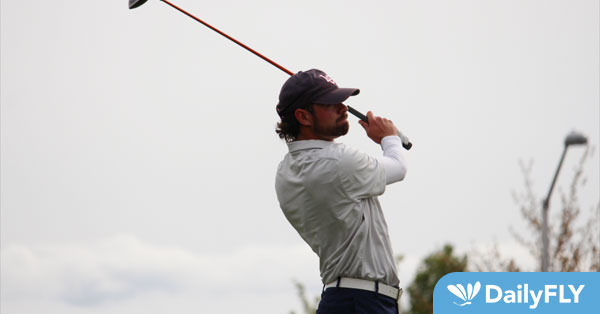 CARSON, Wash. – With birdies on nine of the 36 holes he played, Devon Caruso was able to grab the individual lead and help the Lewis-Clark State College Men’s Golf team to two solids rounds during play at the Multnomah Invitational, being played at the Elk Ridge Golf Course.

Caruso, a senior, shot a 2-under-par 70 during Monday’s opening round and then followed it up with a career-low 68 during the afternoon round for a 138 total. His round also helped LC State, ranked No. 15 in the NAIA, stand second as a team and only three shots behind the University of British Columbia, ranked eighth. The final 18 holes will be played Tuesday.

On the women’s side, defending national champion UBC leads at 284, while LC State is second at 314.

“The course was easier but the pins were tough again,” LC State coach Zach Anderson said.

The Warrior men had team scores of 284 and 285, both under par. The 284 is the top team score of the season, beating the previous best mark by nine shots.

“Devon played some great golf,” Anderson said. “Jorgen again was solid. Sondre was very consistent. Everyone contributed and that’s all I can ask for as a coach.”

On the women’s side, Kyla Currie and Alexandra Schmidt both shot 77s to lead the Warriors. That left them tied for ninth in the individual standings. Deana Caruso added a 79.

“The women struggled a bit out of the gate but grinded coming in,” Anderson said. “They battled and I’m proud of them. Our highest score in the top five was 82 so everyone was playing OK, just not great. They continue to see improvements every round. “

This is the second of three regular-season Cascade Conference tournaments played in the fall and spring.