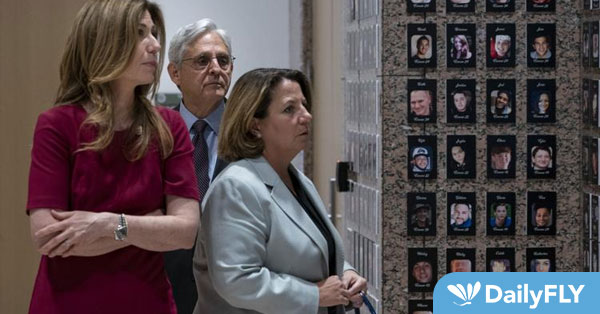 (The Center Square) – As a result of law enforcement operations from May through September of this year, U.S. Drug Enforcement Administration agents and law enforcement partners confiscated 36 million lethal doses of fentanyl, enough to kill 36 million Americans.

As part of the DEA’s One Pill Can Kill initiative, DEA agents and law enforcement partners in multiple states seized more than 10.2 million fentanyl pills and approximately 980 pounds of fentanyl powder.

Their operations took place between May 23 and Sept. 8, 2022. The operations saved the lives of at least 36 million people who might otherwise have been subjected to the lethal doses, the DEA estimates. Also during the operation, law enforcement officers confiscated 338 weapons, including rifles, shotguns, pistols, and hand grenades.

Of the 390 cases investigated during this period, 51 cases were linked to overdose poisonings; 35 cases directly linked to one or both of the primary Mexican cartels responsible for the majority of fentanyl in the United States: the Sinaloa Cartel and the Jalisco New Generation Cartel (CJNG).

Last month, Texas Gov. Greg Abbott designated both cartels as international terrorist organizations and called on President Joe Biden to do the same. He also launched a public awareness campaign about the dangers of illicit fentanyl.

Florida Attorney General Ashley Moody and 17 other attorneys general have called on the Biden administration to classify illicit fentanyl as a weapon of mass destruction.

Both the DEA and Moody have been warning about Mexican cartels using social media and smart phone apps to target minors with “rainbow fentanyl” pills that look like candy but are deadly.

Rainbow fentanyl was first reported to DEA in February 2022 and has been seized in 21 states, the agency says.

As part of the DEA’s operation, 129 investigations were linked to social media platforms, including Snapchat, Facebook Messenger, Instagram, and TikTok.

“Across the country, fentanyl is devastating families and communities, and we know that violent, criminal drug cartels bear responsibility for this crisis,” Attorney General Merrick Garland said in a statement. “The Justice Department, including the extraordinary professionals of the DEA, is working to disrupt and dismantle the operations of these cartels, remove deadly fentanyl from our communities, and save Americans’ lives.”

Biden and his administration haven’t classified fentanyl as a weapon of mass destruction or designated the cartels as terrorist organizations.

The DEA says, “fentanyl remains the deadliest drug threat facing” America. In 2021, 107,622 Americans died from a drug poisoning or overdose; 66% of them were attributed to synthetic opioids like fentanyl.

Fentanyl is a synthetic opioid that is 50 times more potent than heroin. Just two milligrams of fentanyl, the weight of a mosquito or the amount that can fit on the tip of a pencil, is considered a lethal dose.