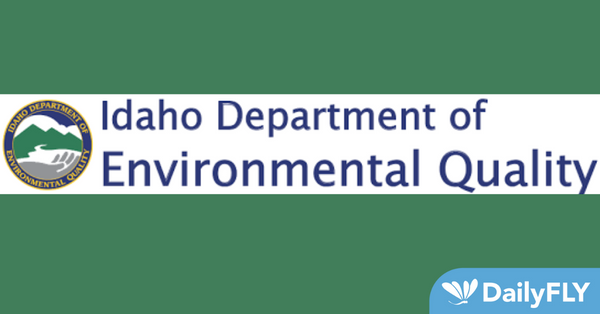 “Water is our most valuable resource, and we absolutely must keep up the infrastructure to ensure water is clean and plentiful for this generation and future ones. That is why we made historic investments in water quality and quantity this year as part of my ‘Leading Idaho’ plan. These investments also could keep your property taxes low. Property taxes are determined locally but the investments we made in water and other infrastructure needs at the state level help relieve the burden on local government to cover costs of projects, improving the chances property owners won’t be burdened with the costs,” said Governor Little.

City of Lewiston – The city of Lewiston in Nez Perce County was awarded $7,300,000 to supplement material and labor cost overruns associated with their existing project, which consists of upgrading the water treatment system, replacing undersized mains, upgrading the booster pumping facility, and constructing a new well supply and water storage reservoir.

City of Craigmont – The city of Craigmont in Lewis County was awarded $5,198,059 for new headworks, biosolids, and ammonia removal, lagoon rehabilitation, and a new disinfection system, infiltration/inflow corrections, and collection work.

City of Moyie Springs – The city of Moyie Springs in in Boundary County was awarded $2,100,000 to supplement material and labor cost overruns associated with their existing project, which consists of upgrading the treatment system and building a discharge line to the Kootenai River.

City of New Meadows – The city of New Meadows in Adams County was awarded $1,877,700 to construct a well facility for Well No. 5, replace the reservoir and booster station, update the city’s supervisory control and data acquisition system, and address cost overruns pertaining to their existing project.

City of Challis – The city of Challis in Custer County was awarded $3,000,000 for the continued construction of a new well, well house, booster station, transmission line and to perform leak detection on water lines.

City of Genesee – The city of Genesee in Latah County was awarded $3,762,000 to supplement material and labor cost overruns to their existing project, which consists of replacing the collection system, improving the wastewater treatment system, and adding a new headworks facility, lagoon system, and ultraviolet disinfection.

City of Genesee – The city of Genesee in Latah County was awarded $1,726,031 for the design and construction of Well No. 9, including a well house, yard piping, design and distribution components, and design improvements to the Fir Street boosted pressure zone.

In 2022, the State of Idaho approved plans to roll out $300 million in water and wastewater infrastructure project funding, benefiting communities across Idaho through DEQ’s State Revolving Loan Fund program. This program provides low-interest loans and grants to qualified recipients to improve their drinking water and wastewater facilities. The criteria and list to expend the ARPA funds are listed at https://gov.idaho.gov/wp-content/uploads/2022/06/deq-leading-idaho-water-projects_06-2022.pdf