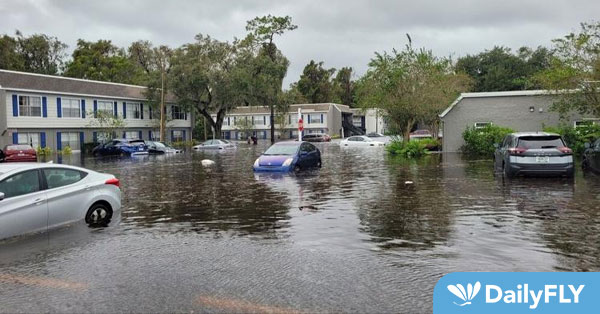 (The Center Square) – Florida Gov. Ron DeSantis on Monday issued an executive order declaring a state of emergency for 34 counties that appear to be in the potential path of an incoming Subtropical Storm Nicole.

He did so after the National Hurricane Center on Monday morning designated and named Invest 98L as Subtropical Storm Nicole. The executive order was issued after DeSantis on Sunday night issued a warning about Invest 98L prior to it being labeled a subtropical storm.

Although the intensity and exact path of the storm can change, DeSantis said, he’s still urging Floridians living in its potential wake to prepare for an increased risk of coastal flooding, heavy winds, rain, rip currents and beach erosion. Wind gusts are to be expected as soon as Tuesday along Florida’s East Coast.

“While this storm does not, at this time, appear that it will become much stronger, I urge all Floridians to be prepared and to listen to announcements from local emergency management officials,” DeSantis said. “We will continue to monitor the trajectory and strength of this storm as it moves towards Florida.”

The Governor’s Office and Florida Department of Emergency Management are in constant contact with local government officials from all 67 counties, the National Hurricane Center and the National Weather Service, he said.

They are also encouraged to follow directions issued by local officials and have a battery-operated or hand-crank weather radio to receive weather alerts in case of power outages, and to keep their gas tanks at least half full during hurricane season.

More information about shelters, road closures and evacuation routes can be found at FloridaDisaster.org/Info.

The announcement comes after Floridians are still recovering from Hurricane Ian, which is estimated to exceed $8.4 billion in insurance losses. The Category 4 hurricane made landfall Sept. 28, causing the most damages in Lee and Charlotte counties.

According to the Florida Office of Insurance Regulation’s website, there have been 607,552 insurance claims reported, including 422,108 involving residential property. The greatest number of claims have been filed in Lee County of over 218,000, the second greatest of nearly 93,000 in Charlotte County.

In addition to the numerous recovery efforts implemented by state and local agencies, DeSantis announced last month additional efforts to help Floridians impacted by Hurricane Ian. He suspended deadlines for property tax payments, allocated $5 million to help with insurance deductibles, and said he planned to call a special legislative session in December to address insurance issues.