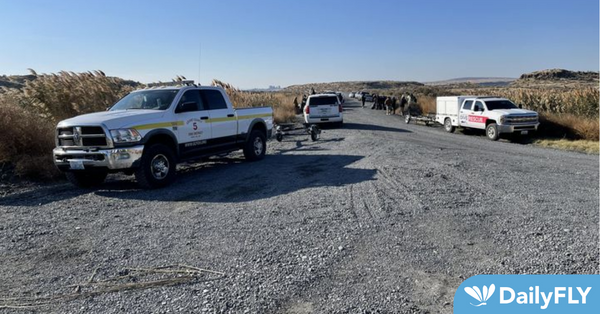 NEAR WARDEN, Wa. -One child has been hospitalized, a sibling is dead, and their father and brother are missing after a canoe accident in the Columbia National Wildlife Refuge on Friday.

The father, age 32, and his three sons ages six, eight, and ten from Othello went to a seep lake at the Columbia Wildlife Refuge south of SR 262 to go fishing. Sometime before nightfall, their canoe capsized. The ten-year-old was able to make it to shore but the father and two siblings did not resurface. Family members became concerned when the group did not return and went searching for the missing. Family members found the ten-year-old along the shore and called 911 summoning rescuers just before 11:00 pm.

The ten-year-old was transported to Samaritan Healthcare in Moses Lake for treatment. Rescuers recovered the body of the eight-year-old male but as of early Saturday morning, the father and the six-year-old have not been recovered. Rescuers will continue their search efforts this morning after daylight on Saturday. The name of the family will be withheld until the recovery operations are complete.