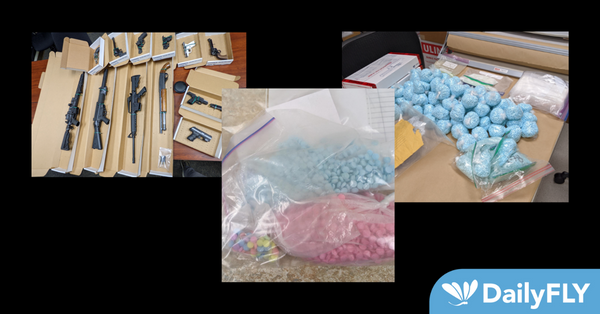 According to court documents, these drugs were seized on December 14, 2022 as part of an investigation into the use of the United States Postal Service to traffic multiple-pound quantities of dangerous controlled substances, including fentanyl-laced pills and methamphetamine. In total, the FBI and its local law enforcement partners seized more than 100,000 fentanyl-laced pills (to include pink and rainbow-colored pills), more than 50 pounds of methamphetamine, and approximately 1 kilogram of cocaine. The FBI and its local partners also seized approximately $15,000 in U.S. Currency and several money counters, which typically are used by banks to count large amounts of U.S. Currency.  More than 20 firearms were seized, along with  a significant amount of ammunition.

U.S. Attorney Waldref commended the joint efforts of law enforcement for removing such a large quantity of illegal narcotics from the community.  U.S. Attorney Waldref stated, “Illegal narcotics, and fentanyl in particular, have become a scourge across the United States. I’m grateful to the FBI and our critical Safe Streets Task Force partners for working together to combat this dangerous poison. Without their combined efforts, more than 100,000 deadly fentanyl-laced pills and more than 50 pounds of methamphetamine would not have been removed from the community. As a result, our neighborhoods and communities are safer and stronger.”