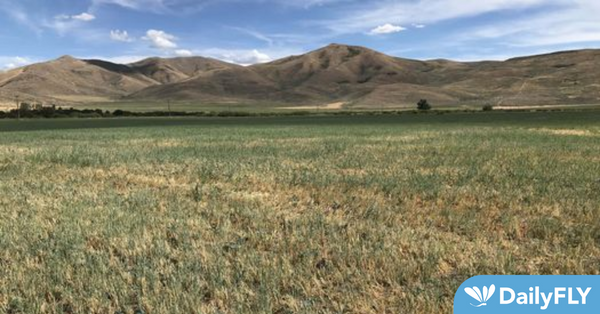 (Eric Tegethoff, publicnewservice.org) – A farm in Idaho has received the first-ever “trout-safe” certification from an organization that protects habitat for the fish.

The Nature Conservancy’s Silver Creek Farm in central Idaho near Ketchum received the certification from the organization Salmon-Safe. Neil Crescenti, agriculture program manager with The Nature Conservancy in Idaho, described how the farm met the standards to get the eco-labeling.

“It’s an opportunity,” said Crescenti, “to essentially create incentives for farmers for implementing practices that benefit the health of the aquatic and riparian systems.”

Crescenti said the goal is for farmers to use the labeling in the marketplace so that they can gain premiums there.

The Nature Conservancy owns about 100 acres of farmland surrounding Silver Creek Preserve and leases it out to farmers. The group’s been working with the farmers on implementing regenerative agriculture practices.

Crescenti said some of the regenerative practices include no-till farming, where a second crop is planted directly into the first crop without disturbing the soil, and planting cover crops. He said they use other methods too.

“Increasing the biodiversity of that land,” said Crescenti. “So looking at different crops that we can grow, using mixes within our cover crops – and that just increases the overall health of the soil and reduces the need for additional fertilizers over time.”

Crescenti said salmon and trout are emblems of Idaho, but they’re under increasing threat from the changing climate, which has brought longer droughts and less snowpacks.

“As those symbols of the state, it’s really important not just to the health of the species themselves, but also to the economy,” said Crescenti. “Idaho has a very large tourism economy and a lot of that is within the hunting and fishing arenas.”

Disclosure: The Nature Conservancy of Idaho contributes to our fund for reporting on Environment. If you would like to help support news in the public interest, click here.