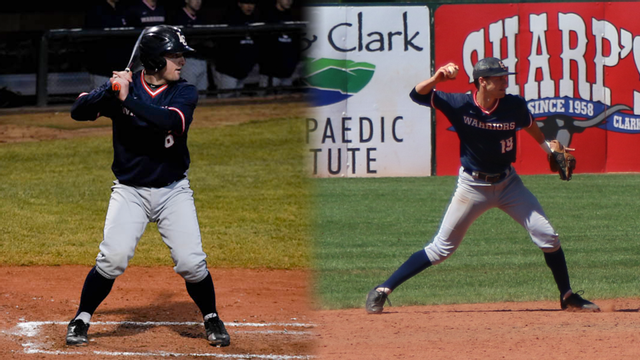 OAKLAND, Calif. – Former Warrior Cooper Goldby was named as manager of the Dominican Athletics with former teammate Gunnar Buhner serving as one of his hitting coaches, the Oakland Athletics announced on Tuesday.

The Dominican Athletics are a rookie-level summer league affiliate of the Oakland Athletics.

Goldby played for the Warriors in 2016-17 and earned All-NAIA West honors with a .320 batting average in 36 games. The catcher was drafted by Oakland in the 35th round of the 2017 draft. The Yuba City, Calif., native played three seasons in the Athletics farm system.

Buhner, the son of former Mariner star Jay Buhner, played alongside Goldby in his two years at second base for Lewis-Clark State. In 96 games at LC, he averaged .278 with 10 home runs and 74 RBI. The Issaquah, Wash., native last played independent ball for the Ogden Raptors in 2022, collecting 10 hits in 30 plate appearances.