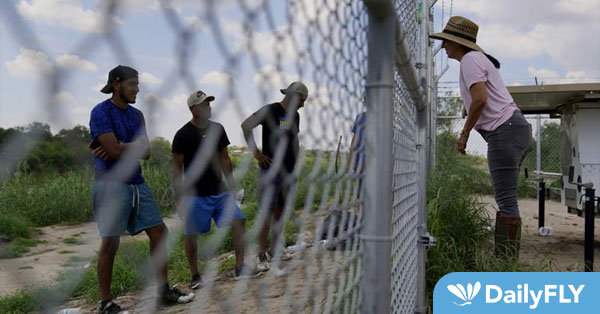 (The Center Square) – The judges and commissioners of four more Texas counties have declared an invasion at the southern border, bringing to 22 the number of counties that have done so.

Jasper, Madison, Throckmorton and Wichita counties are the latest to declare an invasion.

“Our southern Texas border is suffering a criminal invasion in the form of illegal human trafficking, as well as drug and weapons smuggling,” they wrote.

The resolutions of Madison, Throckmorton and Wichita counties signed between August 29 and Sept. 6 call for “additional measures to secure the border, stop the invasion at the border and protect our communities.”

The counties label Mexican cartels as “paramilitary, narco-terrorist organizations that profit from trafficking people and drugs into the U.S.,” that “exploit weakened unsecure borders for their own power and profit, to the detriment of our communities.” They are creating a “major health and public safety issue with methamphetamines, which greatly impacts our communities, our families, our jail, our court system, and our other local resources,” they argue, citing 192,000 pounds of methamphetamine confiscated at the southern border, excluding amounts confiscated by local law enforcement. CBP agents and local law enforcement are continuing to confiscate record amounts of fentanyl in California, Arizona and Texas.

The counties also argue the “sovereign and unilateral authority explicitly reserved to the States, respectively, under Article 1, Section 10 of the U.S. Constitution and Article IV, Section 7 of the Texas Constitution” allows them “to defend themselves against invasion,” which “has been exacerbated by the federal government’s failure in meeting its constitutional obligation to ‘insure domestic tranquility,’ ‘provide for the common defense,’ ‘execute the laws,’ and ‘protect each state against invasion.’”

The judges and commissioners express support for Abbott’s border security efforts through Operation Lone Star and encouraged him to use his full authority under the U.S. and Texas constitutions to “take the necessary steps … to secure the Texas border and stop the invasion at the border, including the actions by paramilitary, narco-terrorist cartels that pose a huge risk to our communities.”

Both the Republican Party of Texas and the Texas Public Policy Foundation have called for the state of Texas to declare an invasion, citing the same constitutional provisions, arguing Mexican cartels and their extensive criminal networks in U.S. cities are threatening the lives of Texans and Americans.

“The ongoing border security crisis is not acceptable and has resulted in a security threat and humanitarian disaster with overwhelming consequences,” they argue, also expressing support for border counties.

While Abbott hasn’t declared an invasion, he’s most recently directed state law enforcement officials to apprehend illegal border crossers and deliver them to ports of entry. He’s also the only Texas governor to build a wall on Texas soil.

Abbott and the Texas legislature have dedicated more than $4 billion of Texas taxpayer money to state border security efforts through Operation Lone Star, which includes deploying thousands of members of the Texas National Guard and Department of Public Safety troopers to the border to interdict criminal activity.

Abbott and the legislature also have implemented numerous legislative reforms to make it easier to prosecute human smugglers and human traffickers in Texas and enhanced penalties for the manufacturing and distribution of fentanyl, among other measures.

“Every individual who is apprehended or arrested and every ounce of drugs seized would have otherwise made their way into communities across Texas and the nation due to President Biden’s open border policies,” Abbott argues.

While the judges of Jeff Davis and Rockwall counties have expressed support for declaring an invasion, their county commissioners haven’t signed any resolutions. Uvalde Mayor Don McLaughlin is the only mayor in Texas or the U.S. to declare an invasion.