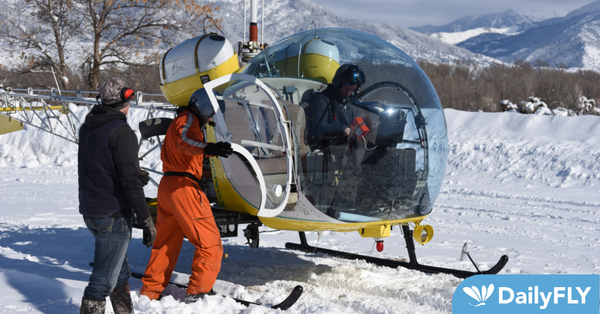 Beginning this week, Idaho Fish and Game staff will take to the air to get a closer look at deer numbers, including several low-level helicopter surveys planned in the Salmon and Challis areas.  The purpose is to gather abundance and herd composition information that help game managers understand population numbers and trends.

“People may see and hear low-flying helicopters near Salmon and Challis as well as the Lemhi and Pahsimeroi River valleys,” said Fish and Game Wildlife Biologist Bret Stansberry of Salmon. “While we understand that folks are still recreating, we will do our best to temporarily avoid areas where we observe people.”

These deer survey flights are expected to be completed by mid-December if weather permits. Later this winter, Fish and Game biologists will conduct elk surveys in the Salmon Zone in January followed by deer surveys along the Idaho-Montana border in February and bighorn sheep surveys in March.

Care is taken minimize disturbance to the animals and prevent the expenditure of valuable energy reserves. Generally, the information being collected can be gathered within a few minutes or less of an animal being spotted.

This information, together with the flight survey data, will be used to determine the overall health of Idaho’s big game herds, which plays a critical role in determining future hunting seasons.