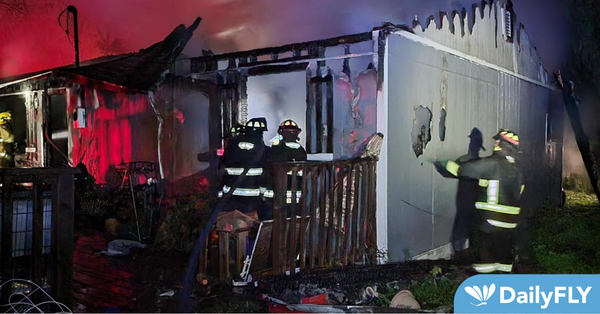 KAMIAH – Just before 6:00 p.m. on Friday, Kamiah Fire-Rescue was dispatched to the area of Woodland Road and Old Town Road for a structure fire.

According to a social media post on Kamiah-Fire Rescue’s Facebook page, first arriving units found heavy fire at the front of the structure, and due to the structure type as well as materials in the structure, the fire rapidly progressed. Due to no hydrants in the area, a water shuttle operation had to be instituted to support the engines.

The post declared the home is a total loss. There were no civilian injuries or fatalities, however, four personal pets passed away.

KFR will be on-scene until the Idaho State Fire Marshal’s arrival for the investigation.

If you have any information about the fire, please contact Idaho County Sheriff’s Department, Idaho State Fire Marshal, or Kamiah Fire-Rescue.

KFR would like to thank assisting agencies for their response support.