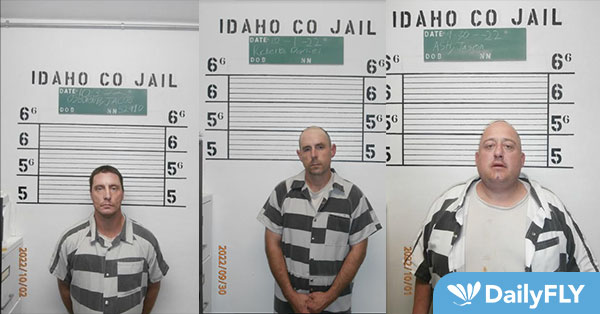 Over the past weekend, the Idaho County Sheriff’s Office made three separate felony arrests. Two were narcotics-related, and one was an injury to property.

Below are the arrests:

On September 30, 2022, Idaho County deputies were on routine patrol in the area of Highway 13 and Lightning Creek, when they noticed a vehicle that was involved in an incident earlier in the night and stopped to check the welfare of the person.

While speaking the driver, in plain view was a baggie full of a white powdery substance. Idaho County K9 Mic also performed an exterior sniff of the vehicle and alerted the vehicle. Jason Ash, age 43, of Kooskia, was arrested for felony possession of methamphetamine and misdemeanor possession of marijuana.

On October 1, 2022, around 9:30 AM, Idaho County Dispatch took a call regarding a male and female fighting and the male vandalizing a vehicle at Lyons Park in Harpster.

Deputies responded and arrested Daniel Ricketts, age 42, of Moscow, Idaho was arrested for a felony malicious injury to property.

On October 3, 2022, around 12:45 AM, Idaho County deputies were on routine patrol when they stopped to make contact with a male subject who was walking around a vehicle on Highway 12 at Buttons Beach.

The male advised he was having vehicle trouble and needed a jump start. K9 Nation alerted the vehicle. The male then ran off about 1⁄4 of a mile, down a steep embankment, and jumped into the river.

Deputies followed him and entered the water, where he was subsequently located. Jacob Osborne, age 42, of Lewiston, Idaho, was arrested for felony possession of
methamphetamine, misdemeanor resisting and obstructing, and misdemeanor possession of paraphernalia.