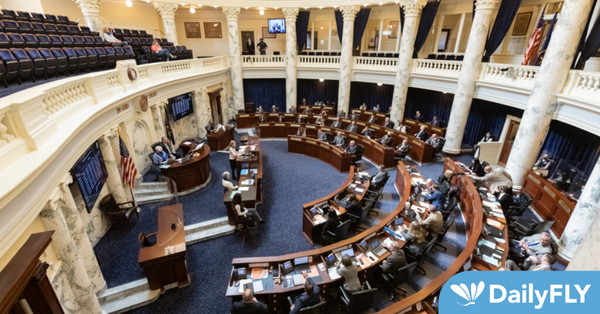 Idaho legislators will set the stage for the 2023 legislative session this week in Boise by selecting critical leadership positions for the Idaho House of Representatives and Idaho Senate.

Legislative leaders will then appoint new committee chairs and select committee members — another important step in gearing up for the session and figuring out which legislators will play which roles.

Although the 2023 legislative session does not gavel in until Jan 9, the leadership and committee assignments will be sorted out this week.

The Idaho House and Idaho Senate will then vote to confirm the top leadership positions Thursday during the organizational session of the Idaho Legislature at the Idaho State Capitol.

Betsy Russell of the Idaho Press reported on the makeup of the contested legislative leadership races on Nov. 20.

The top leadership spots in the Idaho House and Idaho Senate are contested, setting up a high-stakes week at the Statehouse.

House Republicans are expected to elect a full new slate of leadership officers due to a sort of domino effect created after outgoing Speaker of the House Scott Bedke, R-Oakley, ran for and was elected lieutenant governor.

House Majority Leader Mike Moyle, R-Star, and House Assistant Majority Leader Jason Monks, R-Meridian, are running for the vacant speaker’s seat, which is the top leadership position in the Idaho House. The speaker presides over the Idaho House, is involved with negotiations between the House, the Senate and the governor’s office, and is involved with appointing committee chairs and committee members.

Moyle has served 12 terms in the Idaho House — spanning 24 years — and will be by far the longest serving legislator in 2023.

With all the turnover coming to the Idaho Legislature in 2023, Moyle said his experience makes him the best choice for speaker.

“I have the institutional knowledge that is lacking in other people running (for leadership posts),” Moyle told the Idaho Capital Sun in a telephone interview. “We kind of have a split caucus, which I would like to pull together. I think I’m the only one who has the ability to run the floor. The knowledge I have will help the House be successful.”

If he’s elected speaker, Moyle said he would work to help flatten the learning curve for new legislators and work to find roles for them where they can contribute to the Idaho House.

“I have institutional knowledge; I’ve been through this before when we’ve had high turnover and brought everybody together,” Moyle said.

Monks has served five terms in the Idaho House and currently serves in leadership as the assistant majority leader.

Monks said he supported Moyle for the past 10 years but is running for speaker because he thinks there needs to be a change in leadership style. Monks said he has met with all new incoming members of the Idaho House and would prioritize bringing them up to speed and unifying the House.

Monks also says he has the experience to do the speaker’s job, with 10 years in the Idaho House under his belt. His leadership position of House assistant majority leader has prepared him to take on greater responsibilities, he said.

“I have the right working relationship with the executive branch and the Senate,” Monks said.

Den Hartog has served four terms in the Idaho Senate, where she is chairwoman of the Senate Transportation Committee. Den Hartog said she has considered running for leadership since the summer.

“With taking a look at how the Senate was going to be changing, I thought that there was a need, a time and an opportunity to bring some changes to the leadership team,” Den Hartog told the Sun in a telephone interview.

Throughout her four terms in the Senate, Den Hartog said she has focused on supporting school choice options for children and families alongside supporting the public school system. She also focused on transportation infrastructure and projects through the committee she chairs.

Den Hartog said she believes she is in the best position to unify a changing Senate.

“My sense from my current colleagues and new colleagues coming in is we have a lot more in common than people might realize or what may be portrayed, particularly from a policy standpoint,” Den Hartog said.

Winder has served seven terms in the Idaho Senate. He served for the past two years as president pro tem following the retirement of previous Sen. President Pro Tem Brent Hill, R-Rexburg, in 2020. Prior to that, Winder served as majority leader.

Finally, Sens. Janie Ward-Engelking and Melissa Wintrow, both D-Boise, are running for the Senate minority leadership post that is becoming vacant with the retirement of Sen. Michelle Stennett, D-Ketchum, Russell reported.

During the Nov. 10 Legislative Council meeting, Bedke told the legislators who will remain in the Idaho House that the turnover will likely bring challenges during the 2023 session.

“We are going to great lengths, as you can see here, to facilitate the transition from civilian life to legislative life,” Bedke said at the meeting. “I think we all need to pay special attention to the ethics, the civility and the respectful workplace parts.”

The new legislators will be sworn in Thursday and receive their committee assignments Thursday or Friday during the organizational session.

Article by Clark Corbin in the Idaho Capital Sun https://idahocapitalsun.com/2022/11/28/idaho-legislators-to-select-caucus-leadership-teams-and-committee-chairs/