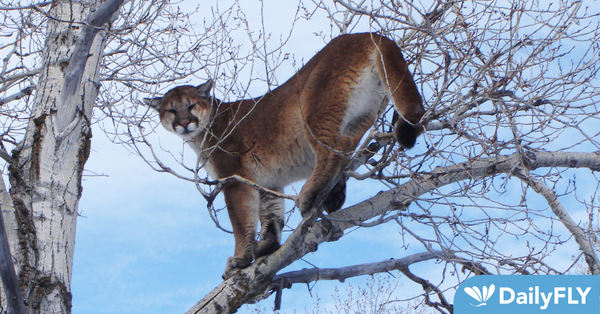 KENDRICK (Jennifer Bruns, IDFG) – Fish and Game staff from the Clearwater region received a report of mountain lion kittens under the porch of a residence in the community Kendrick, ID.

To keep both residents and pets safe, Fish and Game is urging everyone to be vigilant and aware of their surroundings, especially during early morning and evening hours when mountain lions are typically more active, although sightings of mountain lions have been occurring throughout the day.

Public safety is always a priority
Mountain lions are common throughout Idaho. While lions are seen throughout the year, observations and incidents do tend to increase during the winter months due to fresh snow making their tracks more visible, along with increased numbers of deer and elk moving onto their winter ranges, which are often in close proximity to local communities.

Fish and Game does not intend to remove predators like mountain lions and bears from the landscape, but instead to encourage them to continue to live in natural habitats, outside of our communities. Fish and Game has options to deter wildlife, such as hazing, only resorting to lethal removal if an animal has become aggressive when living among people and is determined to be a threat to public safety.

Personal safety around mountain lions
Wildlife managers agree that if a person is in close proximity to a lion, meaning they see it, they should:
–    NEVER run away from a mountain lion. The lion’s instinct is to chase and ultimately catch what they perceive as a potential prey.
–    NEVER turn your back on a lion. Always face them while making yourself look as large as you can. Yell loudly, but don’t scream. A high-pitched scream may mimic the sound of a wounded animal.
–    SLOWLY back away while maintaining eye contact with the lion.
–    Safety equipment you may choose to carry could include bear spray, a noise device, like an air-horn, and if you walk in the dark, a very bright flashlight.
–    If you are attacked, fight back!

When letting pets outside, especially at night, turn on porch lights and make noise so that any wildlife that might be in close proximity is alerted. Attacks can often be the result of surprise encounters, with both people and pets.

Residents across the Clearwater Region should immediately report any wildlife incident or attack to the Regional Office at (208) 799-5010 during business hours, 8 a.m. – 5 p.m. Monday – Friday, or to your local law enforcement agency. Mountain lion sightings and encounters should be reported to Fish and Game during regular business hours by calling the Clearwater Regional Office at (208) 799-5010.