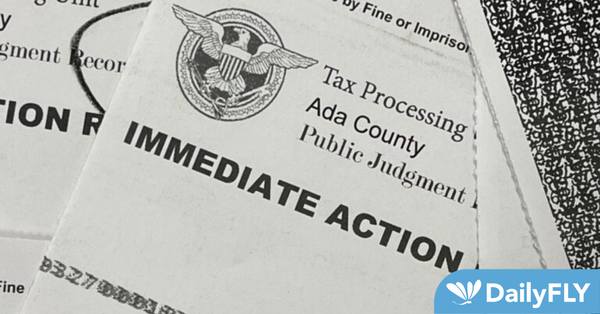 Idahoans should be wary of scam mailers that look like official government letters but are advertisements for private tax attorneys who are “attempting to drum up business,” according to a press release from Idaho Attorney General Lawrence Wasden’s office.

Wasden’s office issued a warning about a similar scam in January, and Ada County officials notified the attorney general’s office this week that the mailers had resurfaced. The mailer looks to be from a fictional “Ada County Tax Processing Unit” and are sent by U.S. Mail from Sacramento, California. It does not include a specific return address and features a seal with an eagle to make it look like an official government document.

The inside of the mailer states that the recipient owes unpaid taxes, and a lien will be placed on their property until the debt is paid. The release said it appears the company has mined public tax records to locate information about individual tax deficiencies.

“A call to the phone number listed in the mailer reveals the company is attempting to make money off of those who owe back taxes by working as an intermediary in settlement negotiations with the government,” the release said. “When asked for the name of the company, an operator promptly hung up.”

Wasden said in the release that he strongly recommends anyone who receives the mailer to throw it in the trash.

“Any company that tries to generate business by tricking potential customers is clearly one to avoid,” Wasden said in the release. “If you’re behind on your taxes, there are legitimate companies out there that don’t operate in such an underhanded way.”

Article from  KELCIE MOSELEY-MORRIS – in The Idaho Capital Sun https://idahocapitalsun.com/briefs/if-you-receive-this-notice-in-the-mail-throw-it-away-idaho-attorney-general-warns/