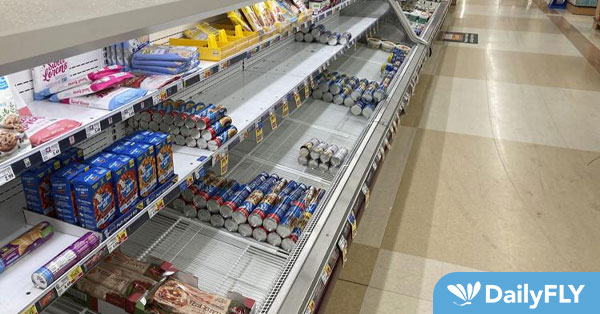 (The Center Square) – Prices rose sharply again for food and most other items in the month of August even as gasoline prices dropped, newly released inflation data shows.

The Bureau of Labor Statistics released its Consumer Price Index Tuesday, which showed a 0.1% increase overall for the month of August. The data, though, shows that a range of items became more expensive but were offset by the recent drop of gasoline prices in recent weeks from record highs in June.

“Increases in the shelter, food, and medical care indexes were the largest of many contributors to the broad-based monthly all items increase,” BLS said. “These increases were mostly offset by a 10.6-percent decline in the gasoline index. The index for all items less food and energy rose 0.6 percent in August, a larger increase than in July.”

Food, shelter and more became more expensive in the month of August.

“The food index continued to rise, increasing 0.8 percent over the month as the food at home index rose 0.7 percent,” BLS said. “The indexes for shelter, medical care, household furnishings and operations, new vehicles, motor vehicle insurance, and education were among those that increased over the month. There were some indexes that declined in August, including those for airline fares, communication, and used cars and trucks.”

Food prices in particular have seen a major increase in the past year.

“The food at home index rose 13.5 percent over the last 12 months, the largest 12-month increase since the period ending March 1979,” BLS said. “The index for other food at home rose 16.7 percent and the index for cereals and bakery products increased 16.4 percent over the year. The remaining major grocery store food groups posted increases ranging from 9.4 percent (fruits and vegetables) to 16.2 percent (dairy and related products).”

“Over the last 12 months, the all items index increased 8.3 percent before seasonal adjustment,” BLS said.

Despite gasoline’s decline, electricity and natural gas prices have increased.

“The all items less food and energy index rose 6.3 percent over the last 12 months,” BLS said. “The energy index increased 23.8 percent for the 12 months ending August, a smaller increase than the 32.9-percent increase for the period ending July. The food index increased 11.4 percent over the last year, the largest 12-month increase since the period ending May 1979.”