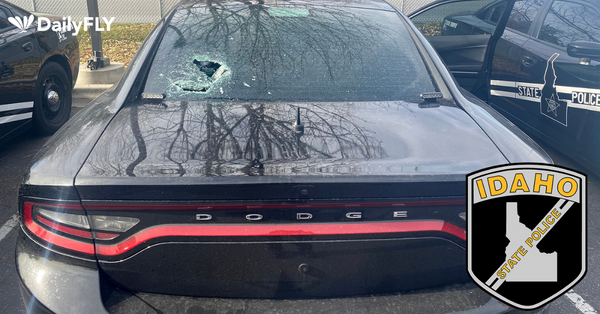 BOISE – On November 24, 2022, at approximately 11:17 p.m., an Idaho State Police Trooper was conducting a DUI investigation westbound on I-84 near milepost 52 in Ada County on the right shoulder of the roadway.

The Trooper had a suspect in custody in the rear seat of his patrol vehicle.  An individual in a dark-colored passenger car, possibly with a soft top, threw a full beer bottle at the Trooper’s vehicle. The bottle impacted the rear window on the lower left side with enough force to smash the entire rear window. Debris from the bottle and window was found in the rear and front driver’s compartment. The beer bottle and debris narrowly missed the Trooper and suspect that was in custody.

Anyone with any knowledge of this incident is encouraged to contact the Idaho State Police at (208)846-7500 or local law enforcement.

The incident remains under investigation by Idaho State Police.