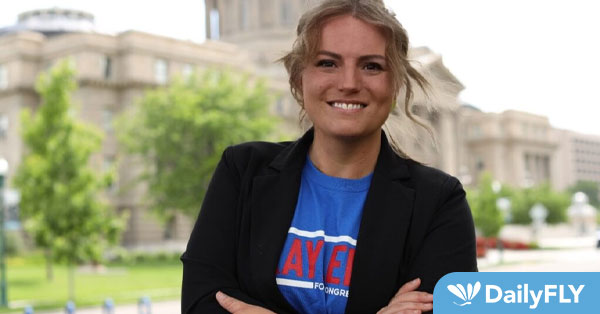 LEWISTON – As a sixth-generation Idahoan, Kaylee Peterson explained she is running for U.S Congress in Idaho’s first district to work on bipartisan solutions for the everyday voter.

Peterson started pursuing her passion for politics in 2008 when she began working on campaigns focusing on civic engagement. Then, after the 2016 election, Peterson realized she wanted to go back to school and learn how to draft legislation to have a true impact on the state she loves most.

Now, Peterson is a current sophomore at the College of Western Idaho studying political science and criminal justice. She is also President of the debate team and Chief of Staff for the Associated Students of CWI. Peterson explained these experiences will help her be a strong advocate and a reasoned, bipartisan voice if elected.

As inflation is on the rise, Peterson explained one of the biggest issues she sees currently in the United States is the economy.

“We are in debt and both parties are spending,” Peterson said. “We need to invest wisely in our middle class. I want to lift some of the tax burden on small businesses and working Americans. The top five percent has massive impacts but no accountability.”

Locally Peterson also stated she sees the consequences of state legislators not being held accountable with the recent memo released from the University of Idaho regarding abortion. She explained that this is a direct infringement on the rights of teachers, staff, and students and a reason she wants to bring balance to Idaho.

“I get frustrated that Oregon and Washington representatives are making choices that will impact Lewiston,” Peterson said. “This could impact our dam workers and have agriculture impacts on the area.”

If elected, Peterson also plans to focus on issues within the healthcare system. She explained expanding telemedicine is crucial and having affordable mental health care accessible to any Idahoan will positively impact a plethora of families and strengthen the workforce within the state.

With her dad serving as a Marine and in the Army National Guard after that, Peterson also stated she sees the issues within the Veteran Affairs System firsthand and understands the need for more funding.

“We need to take away the unnecessary regulations to receive treatment,” Peterson said. “I don’t think someone getting home from deployment should have to prove what is happening is because of their time overseas. They have earned their right to treatment.”

Peterson also mentioned the military is in dire need of modernization. If elected, she plans to ensure a portion of the budget is going into technology, especially when it comes to cyber threats.

Overall, Peterson welcomes anyone, regardless of party to reach out and have a conversation.

“These aren’t republican or democrat issues,” Peterson said. “This is the moral fiber of Idaho. I look forward to being a voice for every Idahoan and I am very interested in what voters have to say. Come ask me any questions.”

For more information on Peterson and what she stands for, check out her website: https://kayleeforcongress.com/issues/