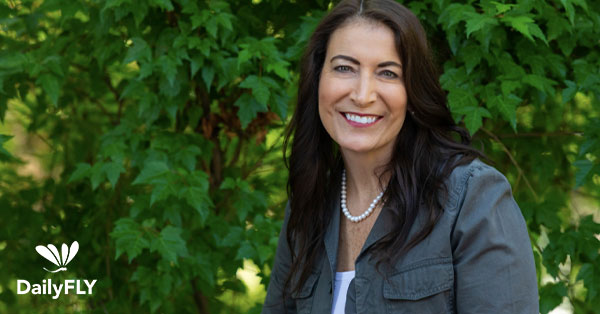 LEWISTON – Terri Pickens Manweiler is running for Lieutenant Governor to bring a balanced voice to Idaho. As a registered republican until 2016, Pickens Manweiler explained she understands firsthand that Idaho has veered too far to the right, and if elected, she plans to ensure every Idahoan has a voice.

Pickens Manweiler is a fourth-generation Idahoan who loves to recreate in this beautiful state community members call home. After leaving for her undergrad, she returned to the state to attend law school at the University of Idaho. Following graduation, she was a Public Defender for Nez Perce County in Lewiston. Then, in 1999, Terri relocated to Boise to start her career as a trial attorney and her interest in politics was at an all-time high after the 2020 election.

“I have spent several years writing senators and legislators asking them to stop passing culture war bills,” Pickens Manweiler said. “Finally, I decided I needed to make them listen. So, I stopped calling and decided to run against them. We have to get away from the GOP super majority. It is bad for businesses, and it is bad for Idaho.”

If elected, Pickens Manweiler stated she plans to fight for small businesses by finding ways to incentivize them to stay small by providing lower employment taxes, giving credits to green companies, and more. As a small business owner herself, she sees first-hand the issues that come with it and pledges to ensure these valuable additions to our economy are not passed up for the “big businesses with big pockets”.

Pickens Manweiler also explained if she is elected, she will be president of the senate and can ensure allocated funds are going to the rural school districts. She stated that rural school districts like the one in Troy and Deary are in dire need of funding for teachers, better buildings, and so much more.

“These kids deserve the same opportunity and the same funding that the urban schools are getting,” Pickens Manweiler. “Our legislator has failed on education when we needed them most. We need to help rural school districts pay off their levy and bond debts so they can start from a positive instead of always being in the red. At the end of the day, if we aren’t funding education, that is an unpaid debt.”

“CRT is not a bad thing,” Pickens Manweiler said. “It is researching history. There is a pattern in this country. Slavery happened… that is the horrible history of our country… If we cannot talk about it we will be doomed to repeat this for the next 50 years… To me, they don’t want kids to be educated. They don’t want them to know the truth.”

Locally, Pickens Manweiler mentioned that the University of Idaho memo that was released in regards to abortion is a civil rights violation and if enforced, they will be sued for infringement on the freedom of information and more.

She explained after being on the board of Planned Parenthood for the last six years and the board chair last year, she has a very strong stance on protecting women’s reproductive health care.

“What [the younger generation] does today will impact how they live tomorrow,” Pickens Manweiler said. “All women who don’t vote, if they stay in Idaho, they won’t have the right to abortion or the right to contraceptives. Do you want the state to define who you become?… Come January, I will push a ballot incitive to restore reproductive rights and repeal the two god-awful abortion laws.”

To learn more about Pickens Manweiler, check out her website: https://terriforidaho.com/about/