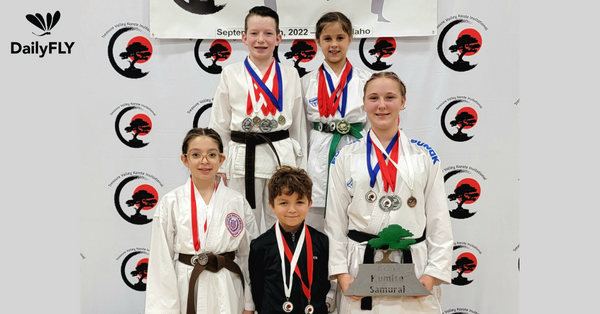 BOISE – Five Karate Competition athletes from Martial Arts America brought a total of 19 medals and the Grand Champion Trophy to Lewiston this weekend.

This was the first tournament of the karate season for the team. Five members of the Martial Arts America Competition Team, including AAU Technical Coach Sydni Stocks, competed in Ft. Lauderdale, Florida over the summer but most of the team has not competed since March. Since then, the Competition Team has welcomed new members and has been gaining experience for bigger tournaments, such as the Ozawa Cup in Las Vegas, Nevada, and AAU Karate Nationals in Ft. Lauderdale, Florida. Sensei and MMA Fighter Austin Arnett was also in Boise on August 8th, 2022, and won the Lightweight Championship against Nathan Stolen.

The competition team members that competed in the Treasure Valley Karate Invitational:

Martial Arts America is located at 650 Thain Rd. in Lewiston.

Martial Arts American Competition Team is a subordinate of the Amateur Athletic Union (AAU) and in AAU District – Inland Empire AAU Karate. They can be contacted on Facebook or by email: maacompetitionteam@gmail.com