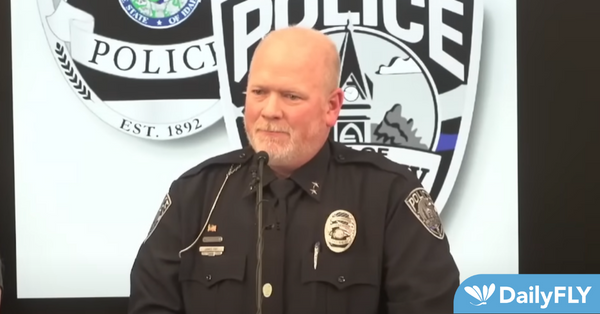 Moscow, ID – The investigation team spent many hours over the weekend going through tips provided to the FBI Tip Line and the Tip Line email. Police are still looking for information regarding a 2011-2013 Hyundai Elantra. Tips and leads have led investigators to look for additional information about this vehicle being in the immediate area of the King Road residence during the early morning
hours of November 13th. The FBI continues to prioritize and vet those tips.

Regarding the safety of the public, police recommendations for safety measures are good reminders in general, and in light of what has happened in this community. These reminders are not an indication of a specific or elevated risk to the community.

Investigators continue to not release detailed information. It is what must be done to preserve the integrity of the investigation.

The investigation continues with the same amount of resources.

Calling in tips: Please be aware that this new call process takes patience on behalf of the caller, and there are some prompts to follow. This is a national FBI tip line and it is important to get all the way through the prompts to reach the right agent to report information.

Detectives remain interested in speaking with the of a white 2011-2013 Hyundai Elantra, with an unknown license plate. Tips and leads have led investigators to look for additional information about this vehicle being in the immediate area of the King Road residence during the early morning hours of November 13th. Investigators believe the of this vehicle may have critical information to share regarding this case.

If you know of or own a vehicle matching this description, or know of anyone who may have been driving this vehicle on the days preceding or the day of the murders, please forward that information to the Tip Line.

Information can be submitted:

At this time, no suspect has been identified and only vetted information that does not hinder the investigation will be released to the public. We encourage referencing official releases for accurate information and updated progress. All press releases and information related to this case are available at: https://www.ci.moscow.id.us/1064/King-Street-Homicide.

On the evening of November 12th, Kaylee Goncalves and Madison Mogen were at a local bar called Corner Club at 202 N. Main Street, in downtown Moscow, between 10 p.m. and 1:30 a.m. on November 13th. At approximately 1:40 a.m., Kaylee and Madison were seen on video at a local food vendor called the “Grub Truck” at 318 S. Main Street and used a private party for a ride home from downtown to arrive at their 1122 King Road residence around 1:56 a.m.

Investigators have determined that Ethan Chapin and Xana Kernodle were seen at the Sigma Chi house on the University of Idaho Campus at 735 Nez Perce Drive. At approximately 1:45 a.m., Ethan and Xana are believed to have returned to the residence at 1122 King Road. It was previously reported that Ethan resided at the home; however, it has been determined that he was only visiting.

Detectives believe that on November 12th, the two surviving roommates had also been out in the Moscow community, separately, but returned home by 1 a.m. on November 13th. The two did not wake up until later that morning.

On November 13th, the surviving roommates summoned friends to the residence because they believed one of the second-floor victims had passed out and was not waking up. At 11:58 a.m., a 911 call requested aid for an unconscious person. The call was made from one of the surviving roommates’ cell phones inside the residence. Multiple people talked with the 911 dispatcher before Moscow Police arrived at the location. Officers entered the residence and found two victims on the second floor and two victims on the third floor.

Autopsies were conducted on November 17th. The Latah County Coroner confirmed the identity of the four murdered individuals and their cause and manner of death as homicide by stabbing. The coroner stated the four victims were likely asleep, some had defensive wounds, and each was stabbed multiple times. There was no sign of sexual assault.

Detectives continue investigating what occurred from approximately 9 p.m. on November 12th to 1:45 a.m. on November 13th, when Ethan Chapin and Xana Kernodle were believed to be at the Sigma Chi house on the University of Idaho Campus at 735 Nez Perce Drive. Any interactions, contacts, direction and method of travel, or anything abnormal could add context to what occurred.

Detectives are seeking all outside surveillance video taken from 3 a.m. to 6 a.m. on Sunday, November 13th, from businesses and residences within the geographical area listed below. Detectives request all available videos – whether there appears to be motion and content or not.

Detectives are also seeking additional tips and surveillance video of any unusual behavior on the night of November 12th into the early hours of November 13th while Kaylee and Madison were in downtown Moscow and while Ethan and Xana were at the Sigma Chi house. Anyone who observed unusual behavior near these areas or has video surveillance is asked to submit their tips.

Investigators have looked extensively into information received about Kaylee having a stalker. They have pursued hundreds of pieces of information related to this topic but have not verified or identified a stalker. Anyone with information about a potential stalker or unusual instances is asked to contact the tip line.

At this time in the investigation, detectives do not believe the following are involved in this crime:

Additional information related to the investigation:

Throughout the investigation, detectives have collected:

There has been extensive media interest regarding an incident at Taylor Avenue and Band Field on November 13, 2022, at 3:01 a.m. This incident was an alcohol offense which was addressed by the on-scene officer. This call is not related to the murder investigations. For further details regarding this incident, a Moscow Police Department Public Records Request can be submitted referencing incident number 22-MO9896.

The Moscow Police Department thanks our community for their continued support, understanding of the limited information we can share, and patience during this difficult time.

Press Releases are located on the City of Moscow website.