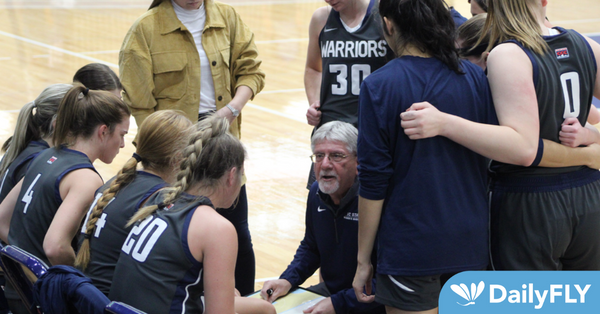 Lewiston, Idaho – (Release from Lewis-Clark State College Athletics) The Warriors utilized the paint in Tuesday’s Cascade Conference opener and relied on post players Sara Muehlhausen and Lindsey Wilson for much of the scoring. No. 17 LC State Women’s Basketball defeated a much-improved Walla Walla University team 70-61 to improve to a 4-1 record overall and 1-0 in CCC play.

“Credit to Walla Walla,” Head Coach Brian Orr said. “They got out to a fast start and they played hard for 40 minutes. We shot the ball really well in the first half but were hurt by our turnovers. In the second half, we did a much better job of taking care of the ball but struggled with our perimeter shooting. I thought we did a good job of getting the ball inside and both Sara and Lindsey delivered. We got great production off the bench tonight. That proved to be the difference.”

LC got off to a hot start with a 6-0 run with baskets by Muehlhausen, Hannah Broyles and Maddie Holm. Back-to-back buckets by Muehlhausen and Broyles pushed the lead to 10-3 at 5:41. Walla Walla struck for a pair of 3s and a jumper for an eight-point run to jump ahead 11-10, but a 3 by Broyles gave LC a slim 13-11 advantage at 3:04.

The back-and-forth continued with WWU pushing ahead 18-15 before closing out the quarter with a 22-18 advantage.

A triple by Holm at 5:41 in the second frame sparked a 10-point rally to give the Warriors the lead for the night. A 3 by Sitara Byrd ended the half with LC up 39-33.

A 6-2 run by the Wolves cut the margin to two points in the first two minutes of the quarter, but back-to-back baskets by Muehlhausen and Broyles stretched the lead to 45-39 by 6:32. Payton Hymas and Mataya Green combined for five foul shots to give LC a 54-44 cushion before a jumper by Wilson sent the Warriors into the final 10 minutes with a 56-44 lead.

Wilson and Callie Stevens pushed the advantage to 62-49 to give the Warriors their largest lead of the contest at 8:26. A jumper by Stevens was followed by back-to-back layups by Muehlhausen to keep the difference at 13, and Green added the final LC basket at 1:21 to close out the 70-61 victory.

LC State tallied 34 points in the paint and converted turnovers into 19 points. Muehlhausen led the Warriors with 16 points, while Wilson and Broyles each scored nine. Green led the rebounding efforts with seven, Stevens and Ellie Sander each had four steals and Broyles dished four assists.

Wilson’s nine points, paired with seven each from Byrd and Hymas, were part of 29 bench points on the night for LC State.

The Warriors shot 49.2 percent from the field and made 6-of-7 free throws.

Walla Walla’s Jaliyah Casem led the game with 21 points, and Chariah Daniels notched a double-double with 20 points and 10 rebounds.