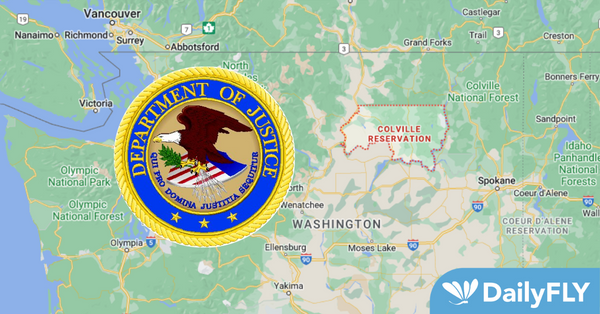 In announcing the sentence, Judge Rice varied upward from the advisory United States Sentencing Guidelines range and adopted the United States’ recommendation of 96 months in federal custody.  Judge Rice specifically noted the effects of Smith’s conduct on his victims and the seriousness of the offense, including that the shooting took place in the presence of small children.

According to court documents and proceedings, on the night of September 11, 2021, Colville Tribal Police and emergency medical technicians responded to a shooting in Omak, Washington. A victim had a gunshot wound to his abdomen from a .357 caliber Sig Sauer handgun. The victim was rushed to the local hospital and had to be life-flighted to Harborview Medical Center in Seattle for life-saving measures. Several eyewitnesses reported that Smith, who had fled the scene, shot the victim in the stomach and stole the victim’s Dodge Charger. As Smith was driving away in the stolen car, he almost ran over a five-year old child. An audio and video recording of the incident demonstrated that Smith physically assaulted a female witness just seconds before the shooting and the theft of the victim’s car.  Fortunately, the victim survived, and he continues to recover from the injuries sustained during the shooting.

“My office is committed to prosecuting those who commit violence in Indian country,” U.S. Attorney Vanessa R. Waldref stated. “I’m grateful for all victims and witnesses who come forward to report crime. When we build trust between law enforcement and members of our community, we make Eastern Washington safer and stronger.” U.S. Attorney Waldref continued, “Native Americans experience some of the highest rates of violence in the country, a situation that is all the more tragic in light of the generations of trauma already suffered by Indigenous people. The Colville Tribal Police and the FBI did an incredible job of investigating this tragic crime. We are grateful for the tremendous partnership between the FBI and Tribal law enforcement, which helped achieve justice for the victim and his family.”

“Violence on our state’s Indian Reservations is at an intolerable level,” said Richard A. Collodi, Special Agent in Charge of the FBI’s Seattle field office. “When you consider the impact Mr. Smith’s crimes had on children, who were innocent witnesses, this significant sentence is warranted. I am grateful for the professionalism of our investigators and partners who work these difficult cases.”

The case was investigated by the Colville Tribal Police Department and the Federal Bureau of Investigation. This case was prosecuted by Richard R. Barker, Assistant United States Attorney for the Eastern District of Washington.