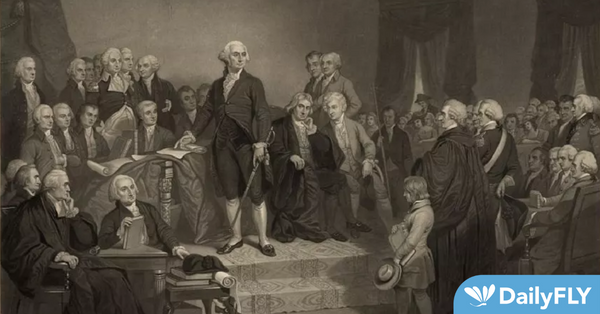 An 1849 print by Henry Sadd and John Neale, based on a painting by T. H. Matteson, depicting George Washington's first inauguration on April 30, 1789. Image courtesy of the Library of Congress

(History.com) – Congress sets January 7, 1789 as the date by which states are required to choose electors for the country’s first-ever presidential election. A month later, on February 4, George Washington was elected president by state electors and sworn into office on April 30, 1789.

Today political parties usually nominate their slate of electors at their state conventions or by a vote of the party’s central state committee, with party loyalists often being picked for the job. Members of the U.S. Congress, though, can’t be electors. Each state is allowed to choose as many electors as it has senators and representatives in Congress. During a presidential election year, on Election Day (the first Tuesday after the first Monday in November), the electors from the party that gets the most popular votes are elected in a winner-take-all-system, with the exception of Maine and Nebraska, which allocate electors proportionally. In order to win the presidency, a candidate needs a majority of 270 electoral votes out of a possible 538.

On the first Monday after the second Wednesday in December of a presidential election year, each state’s electors meet, usually in their state capitol, and simultaneously cast their ballots nationwide. This is largely ceremonial: Because electors nearly always vote with their party, presidential elections are essentially decided on Election Day. Although electors aren’t constitutionally mandated to vote for the winner of the popular vote in their state, it is demanded by tradition and required by law in 26 states and the District of Columbia (in some states, violating this rule is punishable by $1,000 fine). Historically, over 99 percent of all electors have cast their ballots in line with the voters. On January 6, as a formality, the electoral votes are counted before Congress and on January 20, the commander in chief is sworn into office.

Critics of the Electoral College argue that the winner-take-all system makes it possible for a candidate to be elected president even if he gets fewer popular votes than his opponent. This happened in the elections of 1824, 1876, 1888, 2000 and 2016.