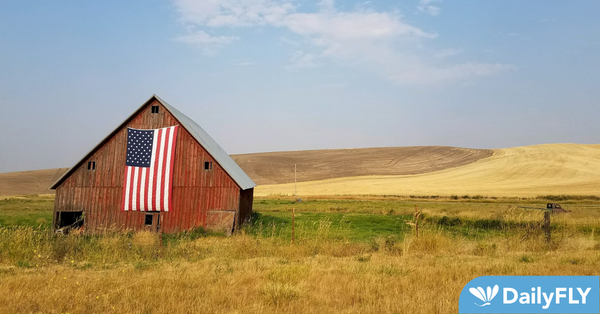 Photo by Specphotops on Unsplash

(The Center Square) – Washington state just missed making the top 10 in WalletHub’s recent report on the most patriotic states in the nation. The personal finance website ranked the Evergreen State No. 11.

WalletHub compared all 50 states across 13 key indicators of love of country, including military-related markers, as well as factors reflecting civic engagement.

Some of those indicators include the number of military personnel and veterans, the share of adults who voted in the 2020 presidential election, and AmeriCorps volunteers per capita.

“Washington is the 11th most patriotic state,” she said in an email to The Center Square. “It has one of the highest numbers of active-duty military personnel per capita in the country.”

Washington ranks sixth in the nation in terms of active-duty military, according to the state Department of Commerce, with 69,125 military personnel and another 90,246 dependents and 19,474 reservists. Another 39,000 civilians are employed by the military and defense sector in Washington.

“Tens of thousands of jobs and billions of dollars flow into the state’s economy from the military and defense sector,” Commerce’s website states. “Washington has six active-duty military installations as well as a major homeland security installation, two Department of Energy facilities, and two world-class universities performing defense-related research within its borders.”

Here’s how Commerce breaks down the military’s economic impact on Washington:

The relatively high number of Washingtonians who cast ballots in recent elections was also a factor in the state’s 11th place ranking on WalletHub’s list.

“In terms of civic engagement, the state has some of the largest percentages of adults who voted both in the presidential and primary elections, 71.5% and 41.8%, respectively,” Gonzalez noted.

“The fact that the state requires U.S. history/civics education for high school graduation is another important factor that contributed to Washington ranking so high,” Gonzalez said.

State law requires the study of the U.S. Constitution and the Washington State Constitution in order to graduate from public and private high schools in the state.

Washington’s Pacific Northwest neighbors Oregon and Idaho ranked No. 5 and No. 19, respectively.

The 10 most patriotic states: