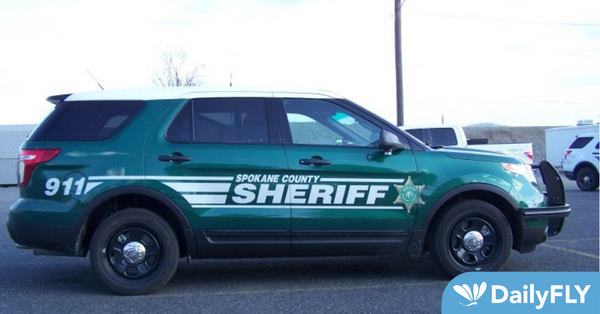 (The Center Square) – Spokane County Sheriff Ozzie Knezovich plans to appeal a ruling by the Washington Public Disclosure Commission this week that he had violated state laws prohibiting the use of a public office for indirect lobbying and electioneering.

Knezovich was fined $300 for a YouTube presentation in February that called out Democratic lawmakers for approving policies that he felt emboldened criminals and fed societal lawlessness.

“These people have prevented us from developing a cohesive, structured criminal justice system that holds people accountable while, at the same time, attempts to break through recidivism,” said the sheriff in the first of two related videos.

That presentation provided footage by witnesses and surveillance cameras of two drive-by shootings between rival gangs that put the public at risk in Spokane and Spokane Valley. The second video informed people about which political figures to contact if they felt unsafe under current state rules.

In the second presentation, Knezovich showed photos of lawmakers who supported changes in policy that he contends have made it difficult for law enforcement to do their jobs. The officials referenced by the sheriff include the Spokane City Council majority, state Sen. Andy Billig and state Reps. Marcus Riccelli and Timm Ormsby, all Democrats.

Knezovich also showed a photo of Amber Waldref, a Democrat who ran a successful county commission campaign this year.

“This individual was a Spokane city councilperson from 2010 to 2018,” the sheriff said in the video. “So, she was part of those years of a broken criminal justice system, and now she wants to run for Spokane County commissioner.”

Not once did he tell people who to vote for, or urge them to make contact with their elected leaders, said the sheriff.

“I simply told people who was responsible for policies that weren’t working, or who supported those policies,” he said. “I get asked all the time by people, ‘Who should I talk to about this?’ and I was simply giving information about where they could take their concerns.”

Knezovich told The Center Square on Friday that his videos were produced late last winter after shoot-outs in the two cities by rival gangs. He said the incidents that put the public at risk were examples of increased violence and crime in the community. He said the sole purpose of the videos was education, and he was not advocating for the election of any specific candidate. The Spokane County Sheriff said an exemption in the law allows communications that are “part of the normal and regular conduct of the office or agency.”

“It is my role to talk about public safety and how decisions made in Olympia and supported by some local government leaders are putting lives at risk,” he said.

Paul Dillon initiated the PDC complaint against Knezovich. He said the sheriff was clearly using his office to influence elections.

“I filed the complaint because it was pretty clear that he was violating the law for campaign purposes,” he said.

The sheriff may sign a “statement of understanding” admitting to the violations within 30 days to avoid paying $100 of that fine, but Knezovich said he has no intention of doing so. Instead, he will appeal the ruling within 30 days as allowed by state law.

Knezovich, a Republican, believes the complaint filed against him by Dillon in March was politically motivated. He said Dillon, vice-president of Public Affairs for Planned Parenthood of Greater Washington and Northern Idaho, represents the liberal faction of Spokane that opposes his message that “socialist progressive” policies do not work.

“That is a convenient excuse for not following the law,” said Dillon. “He’s accusing me of what he was doing, which is very hypocritical.”

Knezovich said, as an elected sheriff, it is well within his constitutional authority to warn the public about decisions being made in Olympia that put them at greater risk.

Dillon said this is not the first time that Knezovich has been found in violation of election laws. He was fined $350 for using public resources in 2016 to further his own campaign. A similar complaint was filed in 2018 but later dropped, PDC records show.