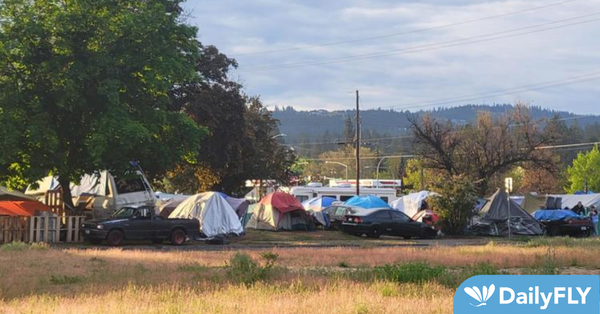 (The Center Square) – Spokane County Sheriff Ozzie Knezovich has invited Gov. Jay Inslee to eastern Washington for a meeting with local government leaders; Knezovich wants a productive conversation on how to quickly and efficiently disband a large homeless camp on state land.

“Governor, I’m asking you: Please come to Spokane, please help us resolve this—I’ll give you all the credit,” said the sheriff in a video invitation to Inslee.

Knezovich said his invitation was based on Inslee’s strong words in a Nov. 2 press conference, regarding immediate action needed to move homeless camps in Seattle. He said Camp Hope in Spokane has been in place since last December, and state officials don’t appear to be in a hurry to move people off Washington Department of Transportation property.

The sheriff told The Center Square, Inslee dropped by the camp in the East Central neighborhood while attending a football game at Gonzaga University last week. However, Knezovich noted the governor didn’t take time to sit down with county and city officials grappling with the problems it created.

“Rather than just taking time for a photo op, I invite the governor to come help us break the logjam created by his bureaucrats,” said Knezovich.

It’s inhumane to leave people “living in squalor” along a highway, he said.

“I don’t call that place Camp Hope because it is anything but,” said the sheriff.

Why the fight to keep the camp open? Knezovich said the answer appears to be simple but disturbing. Jewels Helping Hands, Empire Health, Revive Counseling and other involved nonprofits are being paid large sums by the Department of Commerce to continue providing services, he said.

“It’s appalling that it really seems to come down to profit,” Knezovich said.

None of the agencies or service providers named by Knezovich could be reached immediately on Friday for comment.

Although the sheriff set an initial deadline of mid-November to empty the camp, he amended the deadline to the first part of December, when Catholic Charities will open the doors of the former Quality Inn to provide housing for about 100 people. Between that facility and the city’s newly opened Trent Resource and Assistance Center, the sheriff said everyone at the WSDOT camp will have a warm, dry place to stay.

Knezovich maintains he, as the elected sheriff, has the constitutional authority to close Camp Hope, which has become a chronic nuisance.

“This camp started as a protest and it is unlawful assembly that needs to end,” he said.

The camp was founded following a protest at city hall over a lack of local resources for the homeless. WSDOT claims there are about 465 people remaining at the camp, Knezovich believes the count is actually about 250. He said population size matters, because WSDOT and Commerce officials claim there isn’t enough shelter space available in and around Spokane to accommodate campers, so relocation is unable to happen.

The Trent center can accommodate 250 people or more if necessary, and it’s not the only shelter available, insists the sheriff.

He has drawn fire for flying a helicopter over the camp to monitor activities, and attempt to get an accurate head count. Knezovich argues that the flights are necessary to monitor activities at the camp due to the high volume of crime that occurs there. He said problems in or near the camp have included littering, trespassing, drug use and distribution, burglaries, theft, rape, assault and a drive-by shooting, among others.

The identification badges issued by WSDOT to keep track of people in the camp, and hopefully reduce crime, are “worthless” when people can use the name “Thumper,” or some other mythical creature, he said.

One of the campers arrested turned out to be an unregistered sex offender, he said.

“We need to know what is going on in that camp,” he said. “We are being asked by the neighborhood and people running the camp to control the crime there and then chastised for using tools to properly protect the camp—you can’t have your cake and eat it too.”

According to Knezovich, the flights have been approved by legal counsel.

Knezovich said a large percentage of people living in homeless camps around the state, as well as Spokane, struggle with mental illness, or serious drug and alcohol addiction.

Let people start out living in a treatment center or other facility, and provide them with wraparound services to get their lives stabilized. Allow them to earn their way into a halfway house and then, when they are ready, independent living situation. If they relapse, then take them back to the level they need for rehabilitation, he said.

“That is the solution,” he said. “It all comes down to collaboration and where the state chooses to put its money.”