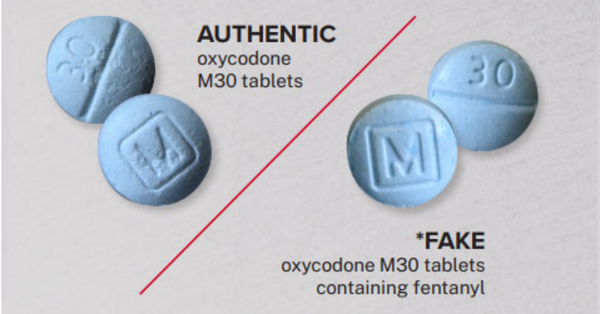 COEUR D’ALENE – Dennen Trey George Fitterer-Usher, 24, of Spokane Valley, Washington, was sentenced this week to more than 14 years in federal prison for conspiracy to distribute a controlled substance and discharge of a firearm in furtherance of a drug trafficking crime, announced U.S. Attorney Josh Hurwit.

According to court records, in 2021, Fitterer-Usher met Matthew James Holmberg, 20, of Spokane Valley, who was involved in distributing a variety of controlled substances, including fentanyl pills. Holmberg began bringing Fitterer-Usher to drug deals with him as an armed bodyguard.

On May 31, 2021, 18-year-old Gabriel Casper, Vadin Bartlett, 19, and Ashton Creech, 18, met Holmberg and Fitterer-Usher in their car, near Cherry Hill in Coeur d’Alene. Though Casper had arranged to purchase $300 worth of pills, he and the others were armed and arrived at the deal with the intent of robbing Holmberg. As planned, during the transaction, Casper attempted to steal the pills and Fitterer-Usher pulled his firearm and shot Casper six times. While Bartlett and Creech fled from the gun fire, Holmberg sped off with Casper still in the vehicle. Several blocks later, Casper was pushed from the moving car and left to die.

Casper was found lying in the middle of Coeur d’Alene Avenue, in Coeur d’Alene. Despite attempts by civilians and EMS to save him, Casper had been shot six times and ultimately succumbed to his wounds. Local, state, and federal officers began an immediate investigation into Casper’s death. Despite attempts by Fitterer-Usher and Holmberg to conceal the crimes, they were both eventually located and arrested.

“The sentence imposed for this crime—as well as the other multiple prosecutions arising from this investigation—shows that our office and our partners will spare no effort in seeking justice against those who commit violence and distribute drugs in our communities,” said U.S. Attorney Hurwit.

“We are grateful for all of our state, local, and federal partners who cooperatively worked together to bring to justice Mr. Fitterer-Usher after he so callously shot Gabriel Casper,” said Jacob D. Galvan, Acting Special Agent in Charge, DEA Seattle Field Division. “This investigation should be a warning to anyone who believes they can bring harm to our communities by distributing deadly narcotics and using violence. We will bring all of our resources to bear against you and
hold you accountable.”

“The shipment of illegal and dangerous narcotics and the violence associated with drug trafficking remains a plague on our streets,” said Inspector in Charge Anthony Galetti of the U.S. Postal Inspection Service’s Seattle Division. “The U.S. Postal Inspection Service remains steadfast in our commitment to work with our partners in federal, state, and local law enforcement to do everything we can to bring these drug dealers to justice and protect communities throughout Idaho and across
the country.”

Senior U.S. District Judge B. Lynn Winmill sentenced Fitterer-Usher to 177 months in federal prison. Fitterer-Usher, upon completion of his prison time, was also ordered to serve an additional three years of supervised release.

Holmberg was also charged federally with conspiracy to distribute a controlled substance and discharge of a firearm in furtherance of a drug trafficking crime. He has pleaded guilty to both offenses and is set to be sentenced in front of Judge Winmill on February 6, 2023.

Bartlett and Creech were both prosecuted by the State of Idaho for attempted robbery. Bartlett was sentenced to a suspended sentence of five years fixed followed by seven years indeterminate and was placed on probation after completing a rider. Creech was sentenced to an imposed sentence of four years fixed followed by 11 years indeterminate and is currently serving his time in the Idaho
Department of Correction.

As part of their investigation, officers learned that Holmberg had been selling fentanyl-laced pills for several months via social media websites, including SnapChat. Even after his arrest, officers continued to investigate Holmberg’s source of supply. This resulted in the arrest and prosecution of multiple individuals in Washington and Arizona who were involved in obtaining tens of thousands of fentanyl pills from a source in Mexico, via Arizona, and distributing those pills in Washington and North Idaho.

Fentanyl is a synthetic opioid that is 50-100 times stronger than morphine. Pharmaceutical fentanyl was developed for severe pain management and prescribed in the form of transdermal patches or lozenges. While prescription fentanyl can be diverted for misuse, most cases of fentanyl-related overdoses in the U.S. are linked to illegally made fentanyl that is sold through illicit drug markets for its heroin-like effect.

Idaho in general has seen a massive influx of these pills in the last several years. The pills are mass-produced by criminal drug networks and falsely marketed as legitimate prescription pills. The pills are made to look like prescription opioids such as oxycodone (Oxycontin, Percocet), hydrocodone (Vicodin), and alprazolam (Xanax); or stimulants like amphetamines (Adderall). It is difficult to tell the difference between an authentic pill and a counterfeit pill.