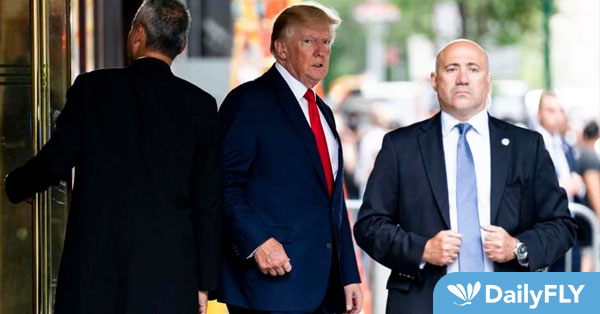 (The Center Square) – Former President Donald Trump appeared for a deposition with the state attorney general of New York on Wednesday and pleaded the Fifth when confronted about his family’s business practices.

In a statement, Trump said he decided to invoke protection against self-incrimination under the advice of counsel.

“I declined to answer the questions under the rights and privileges afforded to every citizen under the United States Constitution,” Trump said.

A civil investigation, led by Attorney General Letitia James, has looked into business dealings by the Trump Organization. It involves lenders, tax authorities, and property values.

This probe is unrelated to FBI activities that came to light earlier this week with a raid of Trump’s Mar-a-Lago estate in Florida, where agents searched for official White House documents including potential classified ones.

“The Office of the Attorney General has collected significant additional evidence indicating that the Trump Organization used fraudulent or misleading asset valuations to obtain a host of economic benefits, including loans, insurance coverage, and tax deductions,” James said in a statement.

Both of Trump’s children, Ivanka and Donald Jr., also will be forced to testify regarding the ongoing investigation into the family’s financial dealings.

Trump said the investigation was nothing more than a political attack from the attorney general who disliked him.

“Attorney General Letitia James openly campaigned on the policy of ‘Get and Destroy Trump,'” Trump said. “This political attack on me, my family, and my great company is her despicable attempt to fulfill that cynical, and very corrupt promise.”

Trump added that he did nothing wrong and maintained his family’s innocence.

“I did nothing wrong, which is why, after five years of looking, the federal, state, and local governments, together, with the Fake News Media, have found nothing,” Trump said.