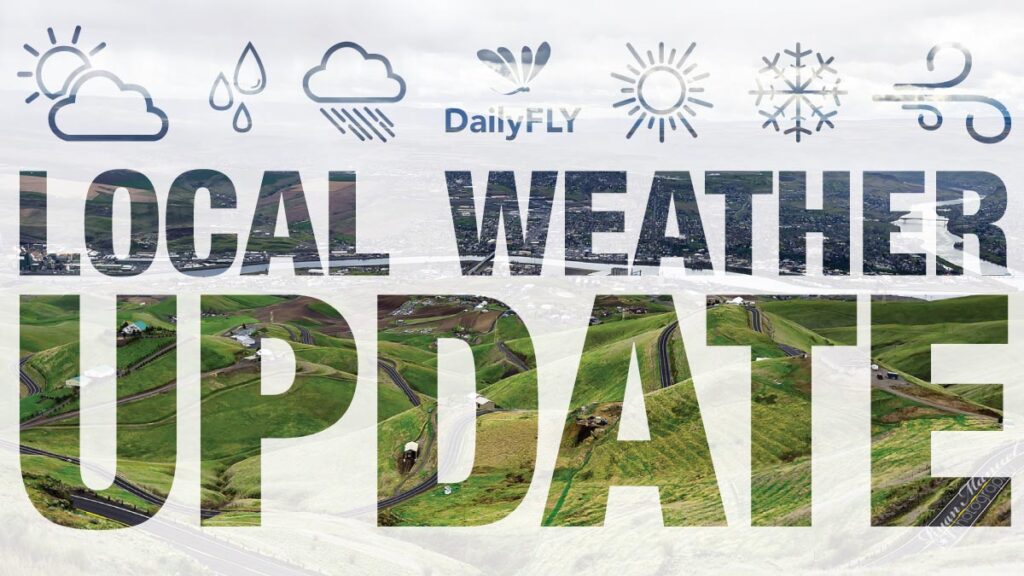 Weather is brought to you by Divots

…SNOW AT TIMES THROUGH WEDNESDAY MORNING PLUS COLD WIND CHILL VALUES… .Light snow will slowly wane this morning across southeast Washington and the lower Idaho Panhandle. A second storm system will arrive Tuesday and continue into Wednesday with potential for heavy snow over the Cascades, northeast Blue Mountains, Palouse, and Central Panhandle Mountains into Wednesday morning. Wind chills: Strong north winds of 15 to 30 mph will create very cold wind chill values in the Okanogan Valley and on the Waterville Plateau with wind chills near minus twenty degrees. Wind chills near minus fifteen degrees will impact portions of the Western Columbia Basin. Even colder wind chill values are possible by midweek in this area.

Wednesday: Mostly cloudy. A few flurries or snow showers possible. Morning high of 14F with temps falling to near 0. Winds WNW at 10 to 15 mph. Partly cloudy overnight. Winds NNW at 5 to 10 mph. 14/-14