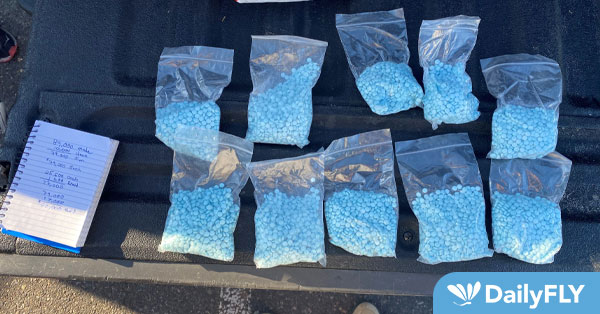 According to court documents, in May 2021, law enforcement officials from Homeland Security Investigations (HSI), FBI, the Clackamas County Interagency Task Force (CCITF), and the Clark County Sheriff’s Office began investigating a drug trafficking organization allegedly run by Dunn and Wilfong that was responsible for manufacturing and distributing hundreds of thousands of counterfeit Oxycodone pills containing fentanyl in the greater Portland Metropolitan Area.

The investigation revealed that Dunn purchased fentanyl in Mexico and smuggled it into the U.S. for use as an active ingredient in counterfeit prescription pills. Dunn would give the fentanyl to Wilfong who would produce the pills in a makeshift laboratory he maintained inside a storage unit in Vancouver. On October 12, 2022, Wilfong and Dunn were arrested while they were negotiating the sale of more than 300,000 fentanyl pills.

Dunn and Wilfong made their initial appearances in federal court today before U.S. Magistrate Judge Jolie A. Russo. They were ordered detained as a flight risk and danger to the community pending further court proceedings.

This case is being investigated by HSI, FBI, CCITF, and the Clark County Sheriff’s Office. Scott Kerin, Assistant U.S. Attorney for the District of Oregon, is prosecuting the case.

A criminal complaint is only an accusation of a crime, and defendants are presumed innocent unless and until proven guilty.