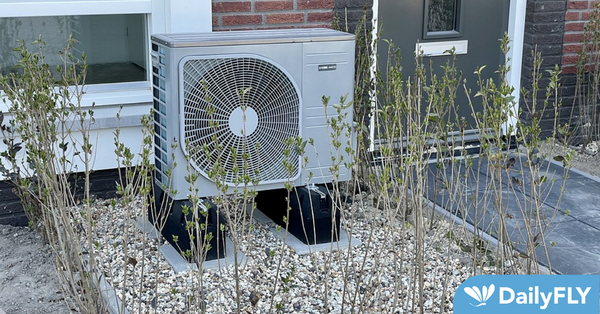 (The Center Square) – The Washington State Building Code Council has voted to mandate heat pumps in all new residential construction starting in July.

In April, the council voted to require that new commercial and multi-family construction be outfitted with all-electric space heating and hot water systems.

A heat pump is a device that primarily uses electricity to take heat from one source and move it to another location. A heat pump can be used to heat or cool a structure.

Following months of contentious public testimony on the proposed change, the SBCC voted 9-5 on Friday for the residential heat pump requirement as part of carbon reduction efforts mandated by state law.

The SBCC has claimed heat pumps are two to four times more efficient than oil, gas, or electric resistance heating, and can save consumers more than $3,000 in initial costs and almost $11,000 over the lifecycle of the equipment.

The move to mandate heat pumps in new homes is not without its critics.

Andrea Smith, policy and research manager in government affairs for the Building Industry Association of Washington, characterized the decision as a “de facto ban on natural gas” that doesn’t live up to the optimistic appraisal of proponents.

“If a new home or new housing development doesn’t use gas for primary space heating, bringing in gas lines just for cooking, backup heating, and decorative fireplaces will be too cost prohibitive,” she explained in an email to The Center Square.

That translates into more expensive housing, she said.

“It’s true that the mandate allows natural gas to be used as a backup power source but that comes with an increase in costs to the homeowner,” Smith noted. “We estimate this will add a minimum of $2,400 upfront to homes that choose to add supplementary heat either out of personal choice or necessity due to climate zone.”

She also brought up supply chain issues that are increasing the cost of heat pumps, as well as the Inflation Reduction Act passed by Congress and new state regulations.

“With a current shortage on heat pump units and their components, a change in refrigerant standards for heat pumps, the recent passage of the Inflation Reduction Act, and California imposing a similar mandate for 2023, we predict anything but a seamless transition for the upcoming code implementation,” Smith said.

State Sen. Lynda Wilson, R-Vancouver, a non-voting member of the SBCC, thinks the decision should be made by legislators.

“The governor and some of his appointees on the council can choose to hate fossil fuels, but they can’t force that choice on Washington residents through the building code,” she said via email. “No statute authorizes the SBCC to remove or restrict natural gas as an energy source for space or water heating in new homes. “

She went on to say that “far more public comments opposed a heat-pump mandate than supported it, for good reason: higher up-front costs that make housing less affordable, the potential for brownouts and blackouts due to grid-capacity questions, and the prospect of higher ongoing energy bills for residents.”

During Friday’s meeting, she made an effort to have the heat pump requirement removed from then new adopted building codes, in part, saying it would drive up the cost of building new homes.

Wilson expressed her displeasure on social media during the meeting.

“I’m 5 hours into a Building Code Council meeting,” she tweeted. “Common sense and caring what the public thinks is non-existent.”

The SBCC’s approval of the rule starts a process of writing a final rule, which is scheduled to be complete in mid-January.