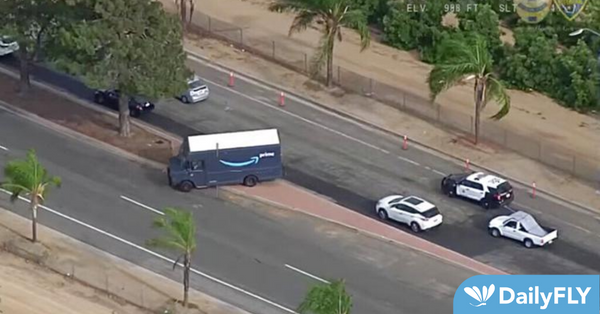 (The Center Square) – Spokane Valley deputies were forced to watch the suspect in a commercial burglary crash a vehicle through the fence of a lumberyard to flee the scene. A relatively new state law prohibited them from pursuit even though they could see materials in the SUV that appeared to have been stolen.

“This law is exceptionally frustrating to deputies and to the victim,” said Spokane County Undersheriff John Nowels. “The rule of law is the bedrock of a civil society, and this policy is empowering people to disobey the law.”

As a result, he said commercial burglaries in the county outside the City of Spokane have gone up 31% since last year and residential burglaries are up 15%.

More alarming, said Nowels, is that vehicle thefts are up 55%, following a statewide trend.

“We are putting effort into identifying suspects and tracking them, but if they get into a car and take off, we are not allowed to chase them,” said Nowels.

He said the situation at Ziggy’s Home Improvement in Spokane Valley several days ago exemplifies how policies crafted by state lawmakers, no matter how well intentioned, can fail in real time.

“The decision about whether to pursue needs to be made by the experts on the streets who are doing it well and doing it every day,” he said. “Handcuffing officers so they can’t do their job is not the way to protect the public.”

The incident began with the report of a burglary in progress at Ziggy’s shortly before 3:30 a.m. on Sept. 10.

Deputies arrived at the store on East Sprague Avenue following the report from an employee that two males were stealing items from the fenced lumber yard and placing them in a black SUV.

One of the suspects was described as wearing all-black clothing and a red hat. A person matching that description was seen running through the north side of the fenced lot when deputies arrived. He was captured and later identified as 38-year-old Robert Rehfeld.

Deputies also observed a black Mercedes SUV drive through the back fence of the business at a high rate of speed, causing an estimated $4,000 in damages. Law enforcement officials activated their emergency lights and sirens, but the suspect drove recklessly away, said Nowels.

Although authorities saw miscellaneous items believed to have been stolen from the business through the open liftgate of the fleeing vehicle, they were not allowed to give chase, he said.

With the trunk open, the rear license plate of the SUV was not visible so there was no way to immediately track ownership and location, said Nowels.

Rehfeld was transported and booked into the local jail on a charge of Burglary in the second degree. He also had two active warrants for Driving Under the Influence and Reckless Driving.

In 2021, the state legislature passed House Bill 1054 that, among other things, prohibits police from pursuits unless a violent felony is involved, there is suspicion of impairment, or the driver is endangering the public.

Nowels said pursuits can no longer take place for property crimes, such as the burglary at Ziggy’s.

Prior to the new law, he said police could pursue a vehicle if there was reasonable suspicion that a crime had been committed or was going to be committed soon. Under the more stringent probable cause standard now required, officers, deputies and troopers must have known facts that a crime has occurred in order to act.

“Probable cause is very tough to prove,” said Nowels, who has almost 25 years of experience in law enforcement.

He said, prior to enactment of HB 1054 rules, a supervisor not on scene would independently evaluate the information relayed by patrol deputies and then decide if a pursuit was safe enough to engage in. That decision factored in traffic, weather, the potential safety risk to the public and other conditions on the ground.

If the legislature wants to protect public safety, Nowels said government leaders should make sure law enforcement agencies have the best training available and strong leaders to oversee patrol activities.

“We, here, in Spokane County will do everything we lawfully can to keep our communities safe,” he said. “However, we need help from the legislature to turn things around so that people committing crimes know that they will be held accountable.”

What needs to happen, he said, is that legislators take time to learn more about scenarios that law enforcement officials face on the streets, and then make policy decisions that support that work.

As it is, he said trust has been broken between peace officers, state lawmakers and administrators, and that has led scores of officers to leave the profession altogether or take jobs in other states.

“There’s definitely some work that needs to be done to regain that trust,” Nowels said.