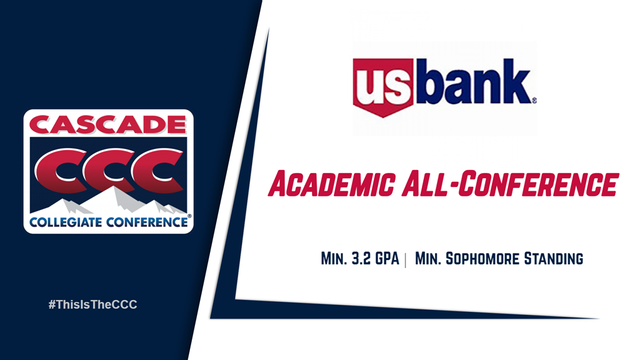 To be named Academic All-Cascade Conference, a student-athlete must maintain a GPA of 3.2 or higher and be at least a sophomore in standing.

Sara Muehlhausen led the women’s side with her third honor, while Hannah Broyles, Maddie Holm and Callie Stevens each took home their second. Adyson Clabby and Ellie Sander each garnered recognition in their first year being eligible for the award.

On the men’s side, Will Abram, Silas Bennion and Joel Meske each earned their second honor from the CCC. Sam Stockton was named Academic All-CCC for the first time in his career.

UP NEXT
Both Warrior Basketball teams will host Evergreen State and Northwest this weekend in the P1FCU Activity Center.