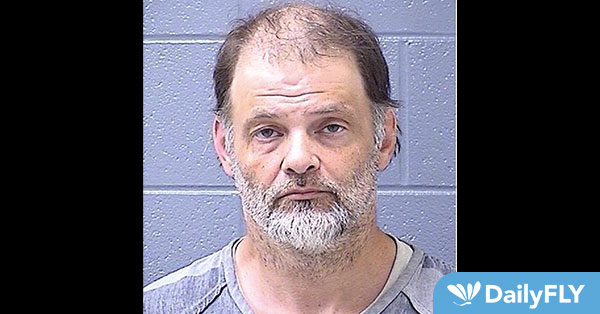 LEWISTON – 46-year-old Oliver J Taylor, from Lewiston, was arrested last week for Possession of a Controlled Substance- Methamphetamine and then arrested again last night for the same charge.

On October 20, the Lewiston Police Department pulled over Mr. Taylor and arrested him for a warrant. At the jail, a suspected zip lock baggie with 6 grams of methamphetamine was found on his person.

In court, the Nez Perce County Prosecutor’s Office argued for a bail of $30,000 due to
Mr. Taylor missing court eight times prior. He also has multiple prior felony convictions including possession of a controlled substance in 2005, 2008, and 2012. Mr. Taylor also has two prior burglary convictions in 2012 and 2019.

Judge Karin Seubert ordered a $5,000 bond and Mr. Taylor bonded out of jail on October 20.

Then, last night, Mr. Taylor was stopped for a traffic infraction by the Idaho State Police. During their investigation, a baggie was located in the vehicle with the alleged methamphetamine inside.

Mr. Taylor was taken into custody again for Possession of a Controlled Substance- Methamphetamine. At the bond hearing, the Prosecutor’s Office argued for a $50,000 bond because Mr. Taylor was arrested less than seven days prior for the same felony crime, had prior felony convictions, a rate of recidivism, community safety due to his criminal history, and his likelihood to miss court dates.