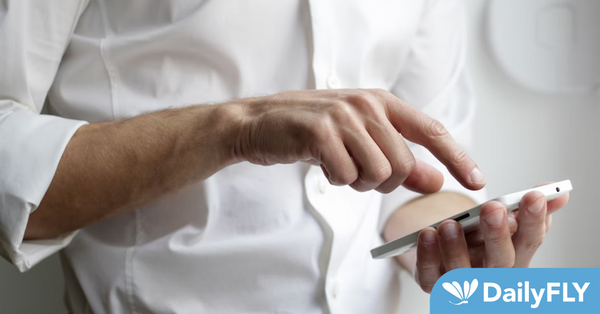 An estimated 835,000 Washingtonians lost money to scam robocalls in 2021

Washington’s current anti-robocalling law is weak and out-of-date. Ferguson and Leavitt’s Robocall Scam Protection Act, HB 1051, modernizes the law and makes it a violation of the Consumer Protection Act to:

The legislation is part of Attorney General Ferguson’s anti-robocalling initiative that he launched this year to combat fraudulent, harassing and illegal robocalls.

Robocalls are more than just annoying — robocallers who ignore the federal Do Not Call Registry are often scammers trying to steal a consumer’s money or identity. According to YouMail, Washingtonians received nearly 260 million scam robocalls in 2021 — nearly half of the 616 million total robocalls into Washington.

These robocalls have a cost. According to estimates based on TrueCaller survey data, more than 835,000 Washingtonians lost money to scam robocalls in 2021.

“It’s time to stop illegal robocalls,” Ferguson said. “The Legislature must give Washingtonians stronger and clearer legal protections against the daily bombardment of illegal robocalls — and provide additional tools to my office to hold bad actors accountable.”

“Our seniors, youth and most financially fragile neighbors are experiencing more and more scams in the form of robocalls and other electronic messages to cell phones,” Rep. Leavitt said. “These schemes aim to trick many of our neighbors, friends and loved ones. Our uncles, aunts, parents and grandparents are often anticipating calls to schedule needed care like medical appointments. But this also presents a prime opportunity for bad actors to prey on our senior citizens. Last year alone, these scam calls cost Americans billions. Addressing the gap in protections to root out these scams is the least we can do to protect our fellow Washingtonians.”

“Washingtonians have had it with the relentless barrage of unsolicited robocalls on our home and cell phones,” said AARP State Director Marguerite Ro. “Scammers often use caller ID spoofing to mask their true location, making it appear that they’re calling from a legitimate or local number to raise the odds that you’ll pick up. A 2019 AARP survey on robocalls showed that 60 percent of Washington adults are more likely to answer if caller ID shows a number with their area code. Whether it’s telemarketing spam from companies you haven’t authorized to contact you, or attempts at outright theft, more must be done to protect Washington consumers from this massive increase in unwanted robocalls.”

Currently, no Washington state law explicitly prohibits a company from contacting individuals on the federal Do-Not-Call registry against their will. The Robocall Scam Protection Act will make these calls a violation of the Consumer Protection Act.

This bill will prohibit robocallers from “spoofing” their calls — a technique where scammers use false or deceptive caller identifications. There is currently no specific state law that prohibits the use of “spoofing” for making deceptive calls.

The bill empowers individuals harmed by this conduct to pursue their own legal action. Potential remedies under the bill include actual damages, injunctions and fines of up to $1,000 per violation. Finally, the bill will also allow the Attorney General’s Office to seek civil penalties under the Consumer Protection Act.

The Act preserves businesses’ ability to use automatic dialers to contact their existing customers and customers who consented to receive the messages.

Further, businesses can also still use automatic dialers to contact customers if they have an established business relationship, as long as the sales message itself is delivered by a live person.

Additionally, as part of an effort to educate and inform Washingtonians, the Attorney General’s Office published a website with descriptions of robocalls and telemarketing scams, including strategies for combating them.

In May, as a result of a lawsuit against the company, Global Grid, a Corvallis, Ore.-based company, and its owner shut down its illegal robocalling operation. The company stopped all deceptive marketing practices, including misrepresentations about a product it falsely promised could block robocalls. Global Grid will pay more than $8,000 to the Attorney General’s Office, which Ferguson will deliver to approximately 200 Washingtonians.

In August 2020, a King County Superior Court judge orderedVancouver, Wash.-based air duct cleaning companies and their owner to pay civil penalties of $10 million in a lawsuit over deceptive advertisements and robocalls. The companies made over 13 million robocalls within Washington from 2017 to 2019, including calling more than 500 individual Washingtonians over 100 times. The judge’s order also permanently barred the companies and owner from making robocalls or deceptively marketing these services in the future.

In March 2021, as a result of a lawsuit brought by Ferguson, the Federal Trade Commission, and 39 other attorneys general, two national companies that made approximately 1.7 million robocalls for sham charities into Washington paid $495,000 to help fund legitimate charities.

What should you do if you receive a robocall?

The best advice for Washingtonians who receive a robocall without their permission is to hang up.

Some robocalls may give you an option to opt out of receiving future calls, but if the caller is a scammer, they are unlikely to honor your request. If you believe a call is a scam, report it to the Attorney General’s Office at https://atg.wa.gov/file-complaint or call toll-free 1-800-551-4636. Washingtonians also can report robocalls to the Federal Trade Commission athttps://complaints.donotcall.gov/complaint/complaintcheck.aspx.

Some phone and wireless services offer call blocking or labeling services to help individuals determine whether a call is a telemarketer or a scammer. Consumers should contact their service provider to find out what is available.