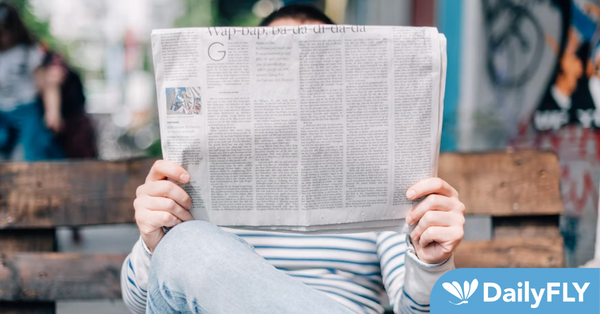 OLYMPIA — Attorney General Bob Ferguson announced today that he is partnering with Sen. Mark Mullet, D-Issaquah, and Rep. Gerry Pollet, D- Seattle, to propose a bill in the next legislative session to exempt Washington newspapers and eligible online news outlets from the state business and occupation tax.

Attorney General Ferguson is proposing this legislation as part of hisongoing commitment to promote and defend democracy and combat polarization, misinformation, and extremism. A detailed report from the Washington League of Women Voters on the impacts of the loss of local journalism framed the harm this way: “Fewer people running for office and fewer people voting, less community engagement, increased political partisanship, and negative outcomes in public health and public finance.”

The proposal will have two benefits — save jobs and protect a critical community service. The legislation will reduce state revenues by an estimated $1 million per year.

“We don’t have to accept the loss of local news as an inevitability,” Ferguson said. “The time to act is now. This bill will save jobs — and help restore our democracy.”

“I’ve seen local newspapers and media in my district struggle over the past few years, and too many have already had to shut down,” Mullet said. “We have to help keep these outlets afloat. Local journalists play an essential role to inform the public, hold government accountable, and make our communities stronger. This bill will make a real difference.”

“Newspapers are vital to a healthy democracy and we have seen too many close and lay off employees,” said Pollet. “We can and should do everything we can to help preserve newsrooms across the state. Exempting them from the state B&O tax is an important step to support a robust free press.”

The bill will have its first hearing in the Senate Committee on Business, Financial Services, Gaming & Trade on Thursday at 10:30 a.m. It will stream live on TVW here.

Local newspapers are responsible for half of our country’s original reporting, and only make up one-quarter of media outlets. In many rural communities, local news organizations provide the only information and updates about issues impacting the community.

Regional journalism is critical, as is journalism by and for Black, Indigenous, and people of color, including ethnic media organizations. These organizations are best positioned to identify, investigate, and report on issues of concern to their respective communities.

According to Pew Research Center, newsroom employment at newspapers nationwide fell by about 40,000 between 2008 and 2020. Employment at digital news organizations did increase during the same timeframe, but at a much slower rate.

Between 2005 and 2020, Washington state newspapers lost 67% of newsroom employees, according to a report from the U.S. Senate Committee on Commerce, Science and Transportation. The pandemic exacerbated the problem. According to data compiled by the Columbia Journalism Review, at least 43 newspapers in Washington laid off employees in 2020, and 23 suspended printing operations or reduced the number of days they offer a print newspaper.

Researchers at Northwestern University’s Medill School found that the country has lost more than a quarter of the newspapers that existed in 2005, and predicts that a third of those American newspapers will no longer exist by 2025.

To be eligible, digital news outlets must meet all of the following criteria:

This is the first state-level proposal to include digital news outlets in efforts to save local news.