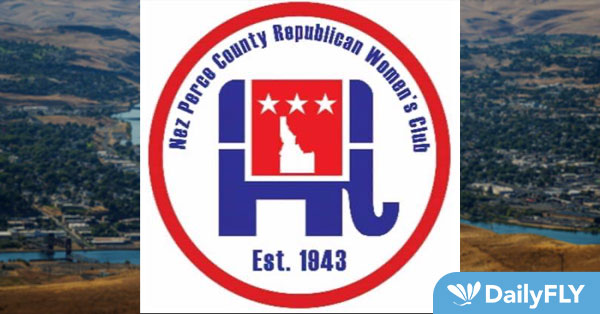 LEWISTON – The Nez Perce County Republican Women’s Club hosted a meet and greet with a plethora of candidates running for the state and local election.

Heather Moore, the President of the Club explained that their goal is to help educate the community about republican values and inform local voters.

Congressman Russ Fulcher was the first to speak at the event and explained Americans have seen a devastating impact on the economy with inflation, and the safety of the nation is at risk due to border law and defending the police.

“There are 27 days until the election,” Congressman Fulcher said. “Never underestimate your impact…This is a critical time in this county and the people you are going to hear from today have a responsibility to address those things, and I am one of them.”

Dan Foreman was next to the podium and explained he will die trying for what needed to be done and is not a typical politician and could care less about doing what is popular.

“I am pro-life, that is the number one plank in my platform,” Foreman said. “I want to close the loophole for rape and incest [in Idaho’s abortion law] and hold the mother responsible if she is the one that demands an abortion and wants to kill her own child.”

Brandon Mitchell also touched on being pro-life. However, he explained he works on insuring the foster care system in Idaho is doing well. As a foster parent to many, and adopted father for the last 16 years, Mitchell believes if citizens want to protect children, they need to protect them all the way around.

Speaker of the House Scott Bedke, changed the pace of the meeting by talking about the decades of conservative republican leadership that has resulted in Idaho becoming the best place to live, work and raise a family. Bedke explained the way voters keep Idaho, Idaho, is with our kids and connecting them to Idaho jobs.

Lastly, nonpartisan candidates for District 2 Judge had the opportunity to explain their platform. John Bradbury explained when he was a district Judge previously, he was the one who established the mental health court and plans to continue to fight for the vulnerable members of our society.

Michelle Evans was the last speaker and explained she also works on mental health in the area and helps individuals get housing, provides supervision, and so much more. Evans also works on a committee regarding domestic violence and prides herself on her ability to provide the mental and emotional help needed by each individual.

To learn more about the Nez Perce County Republican Women’s Club events and meetings, check out their Facebook page: https://www.facebook.com/nezpercecountyrepublicanwomensclub