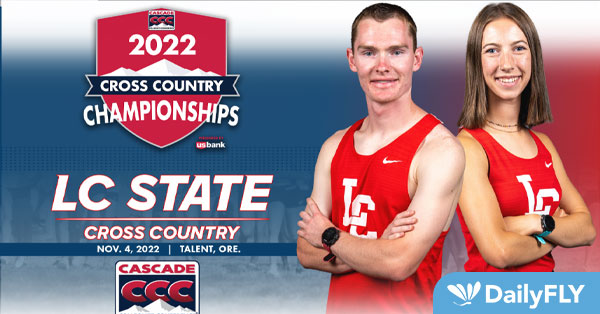 The men’s 8k and women’s 5k will take place at Colver Road Fields, with the men racing at 10 a.m. and the women following at 11 a.m. LC State did not compete against many CCC schools during the regular season, so it will be the first time seeing many of the nation’s best in action.

“This is probably the first season I have ever had where we really didn’t match up against some of our biggest challenges during the year,” Head Coach Mike Collins said. “It can be both good and bad. I kind of like it as it will make the meet fresh from a perspective of ‘racing the same people all the time,’ because it will be virtually an entire new competitive field outside a few runners from just a couple of teams.”

“I think our guys will be very motivated as all the comparisons are on paper from the year which has us as the fourth-best team in the conference,” Collins said. “Regardless, our main focus is qualifying for nationals, and to feel like we will have a legitimate shot at that we will need to likely finish in the top three of each race. Pretty challenging considering the talent and depth of our conference.”

The women have been led all season long by senior Brooklyn Shell and junior Geraldin Correa. The two have traded off as LC’s top finisher at each meet, including a recent second-place finish for Correa at the NCAA Division II Pre-Nationals Open. The finish was the best of her career. Shell improved a great deal over the offseason to become a leader on this year’s team.

“Brooklyn and Geraldin have really helped to make the team better,” Collins said. “The younger girls look up to them, are striving to be like them and stay with them. In all of our workouts I see them progressing to shrink up the gaps which makes us a much better team.”

The men have had a pack mentality all season and have mixed up the top five in nearly every meet. The most consistent at the top has been Carter Gordon, with Conner May, Griffen Parsells, Connor Turpin, Brycen Brown and Brycen Kempton all in the mix. It has been a trend this year to have groups of Warriors finishing within seconds of each other.

“On the guys side there is so much comradery that I don’t think that there is a lot of thought of who is first, who is third, and on down the line,” Collins explained. “Everyone is pretty focused on performing their best and they all know that it can be interchangeable from week to week. Our depth is our strength, so if and when someone is hurt or has a bad day, there is someone there to fill in the gap and they all want to be that guy.”

The winner of each race earns an automatic bid into the national meet in Tallahassee, Fla., on Nov. 18. The rest of the teams will hope for an at-large bid based on rankings.

“As mentioned, a top-three finish in both races ‘should’ get us to nationals, but the rankings can be pretty finicky and I have seen stranger things,” Collins said. “And, unless we win, we get to nationals based on the rankings and at-larges available. It will be challenging for both teams, but both are capable.”

The LC State women have advanced to the national race each of the last 21 seasons, with the men not far behind in number of appearances. Both are ranked in the NAIA’s top 25 with 36 teams advancing to the final site. The number of at-large berths will be dependent on how teams finish as conference meets. The final NAIA polls will be released on Nov. 7 and at-large bids will be announced Nov. 10.

The top-15 runners will earn All-Cascade Collegiate Conference honors, with the possibility of qualifying for the NAIA meet as an at-large individual if their team doesn’t qualify.

Live results can be found here with more information about the meet found on the CCC Cross Country Championship Page.