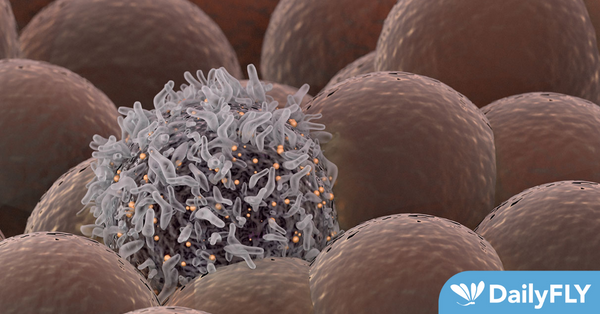 The study, published online in iScience, found that male rats who received the drug ifosfamide during adolescence had offspring and grand-offspring with increased incidence of disease. While other research has shown that cancer treatments can increase patients’ chance of developing disease later in life, this is one of the first-known studies showing that susceptibility can be passed down to a third generation of unexposed offspring.

“The findings suggest that if a patient receives chemotherapy, and then later has children, that their grandchildren, and even great-grandchildren, may have an increased disease susceptibility due to their ancestors’ chemotherapy exposure,” said Michael Skinner, a WSU biologist and corresponding author on the study.

Skinner emphasized that the findings should not dissuade cancer patients from undertaking chemotherapy since it can be a very effective treatment. Chemotherapy drugs kill cancerous cells and prevent them from multiplying but have many side-effects since they impact the whole body, including reproductive systems.

Given this study’s implications, the researchers recommend that cancer patients who plan to have children later take precautions, such as using cryopreservation to freeze sperm or ova before having chemotherapy.

In the study, researchers exposed a set of young male rats to ifosfamide over three days, mimicking a course of treatment an adolescent human cancer patient might receive. Those rats were later bred with female rats who had not been exposed to the drug. The resulting offspring were bred again with another set of unexposed rats.

The first-generation offspring had some exposure to the chemotherapy drug since their fathers’ sperm was exposed, but researchers found greater incidence of disease in not only the first- but also the second-generation, who had no direct exposure to the drug. While there were some differences by generation and sex, the associated problems included greater incidence of kidney and testis diseases as well as delayed onset of puberty and abnormally low anxiety, indicating a lowered ability to assess risk.

The researchers also analyzed the rats’ epigenomes, which are molecular processes that are independent of DNA sequence, but influence gene expression, including turning genes on or off. Previous research has shown that exposure to toxicants, particularly during development, can create epigenetic changes that can be passed down through sperm and ova.

The results of the researchers’ analysis showed epigenetic changes in two generations linked to the chemotherapy exposure of the originally exposed rats. The fact that these changes could be seen in the grand-offspring, who had no direct exposure to the chemotherapy drug, indicates that the negative effects were passed down through epigenetic inheritance.

Skinner and colleagues at Seattle Children’s Research Institute are currently working on a human study with former adolescent cancer patients to learn more about the effects chemotherapy exposure has on fertility and disease susceptibility later in life.

A better knowledge of chemotherapy’s epigenetic shifts could also help inform patients of their likelihood of developing certain diseases, creating the possibility of earlier prevention and treatment strategies, Skinner said.

This research received support from The Templeton Foundation and the National Institutes of Health. In addition to Skinner, co-authors include Ryan Thompson, Daniel Beck, Eric Nilsson and Millissia Ben Maamar from WSU as well as Margarett Shnorhavorian from Seattle Children’s Research Institute.