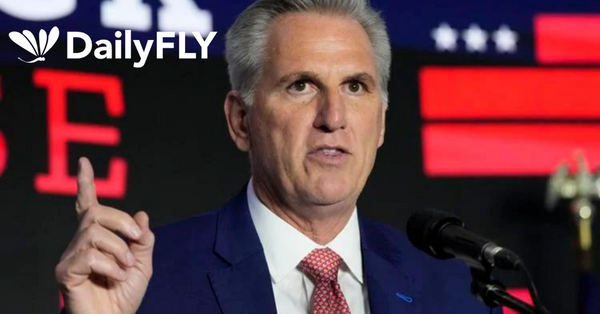 (The Center Square) – With several races still uncalled, Republicans are on the verge of taking the 218 seats needed for a majority in the U.S. House of Representatives.

So far, 217 House seats have been called for Republicans, according to The Associated Press, opposed to 205 for Democrats, leaving a little more than a dozen seats up for grabs, mostly in California, and along with it control of the House.

“When it comes to nominations – both judicial and executive – it will be more of the same. If the Democrats stick together, they can confirm whoever they want,” said John Malcom, an expert at the Heritage Foundation “In terms of policy, a lot will depend on whether the Republicans get the majority in the House, and if so, by how much.”

Divided government seems likely and could halt much of President Joe Biden’s agenda. Biden’s several-trillion dollar spending spree will be a much harder sell for House Republicans.

Also, gas prices have soared since Biden took office amid his discouragement of oil drilling and reliance on foreign oil. Those prices dipped again after Biden released oil from the Strategic Petroleum Reserve, but that release is scheduled to end shortly after the midterms. That, along with less oil being released by OPEC, could lead to higher prices at the pump.

“Divided government is usually preferred by markets and investors, but unfortunately the pain inflicted on American energy will not be mitigated by divided government,” said Daniel Turner, executive director of the pro-energy workers group Power the Future. “We need real vision and courageous legislation, and we will see none of that for at least two more years.”

Senate control has officially been handed over to the Democrats, regardless of the results of the Georgia runoff, after Republicans took tough losses in Arizona and Nevada this week. Biden will still only have slim margins to push through nominees of all kinds.

“Biden is still able to confirm his nominees to the various agencies,” Turner added. “Someone like Richard Glick at the FERC whose chairmanship is in doubt- can now be replaced with someone even more political. And any retiring cabinet or sub-cabinet official is screened and approved in a purely partisan manner meaning American Fossil Fuels will still get punished.”

In the House, members are grappling over new leadership positions. U.S. Rep. Kevin McCarthy, R-Calif., the current minority leader, was expected to lead the House but is facing some pushback within his own party. Reports indicate more conservative members are asking for commitments from McCarthy before he gets thier vote, including legislative influence and committee spots. There will be a formal vote in January for House Speaker.

The Senate is having its own discussions over leadership with the pick expected this week. Some though, have raised questions about whether Herschel Walker, the Republican nominee for Georgia’s Senate seat, should be allowed to have a say.

“I don’t get the Senate GOP line on @HerschelWalker: Please, please win – but we won’t let you vote for leadership,” Sen. Josh Hawley, R-Mo., wrote on Twitter Monday. “Are you going to treat him like a full member of the Senate or not?”

Meanwhile, former President Donald Trump is expected to make a major announcement Tuesday evening that could be the unveiling of his White House bid. That would have major implications in particular for the Georgia runoff in December.

“Hopefully TODAY will turn out to be one of the most important days in the history of our Country!” Trump wrote on TruthSocial early Tuesday.