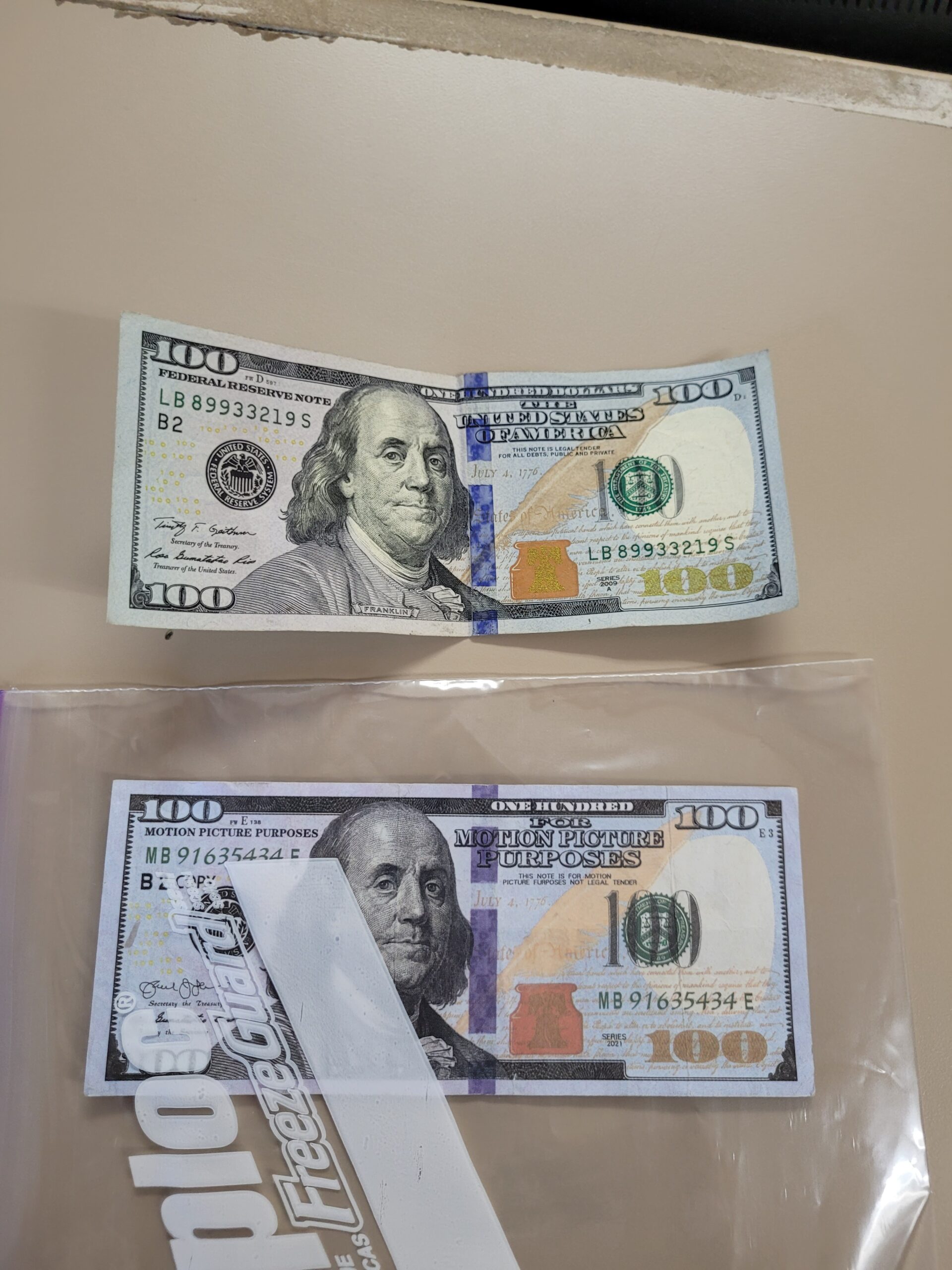 The Asotin Police Department was made aware of a suspected counterfeit $100 bill received by the Asotin Anatone School District during a fundraiser activity. The suspected bill was turned over to the Asotin Police Department once it was identified as fraudulent. Due to the number of hands the bill had passed through, and the amount of money collected, it was impossible to identify how the money was collected. It is understandable how this was passed as a real bill due to its similarity to a real $100 bill. When counting a stack of money, the bill appears real until examined closely. Due to the similarities, the bill had with real U.S. Currency; the Asotin Police Department wanted to educate the public to look closely at any bills they receive for indication of being fake. Even if it is from someone you trust, they could have received it unknowingly and passed it on to you.