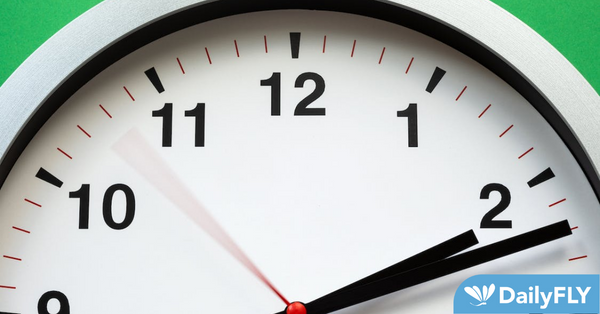 (The Center Square) – Despite state lawmakers approving permanent daylight saving time legislation in 2019 and Gov. Jay Inslee signing it into law, Washingtonians will still need to set their clocks back an hour this Sunday morning — or Saturday evening before hitting the sack, if you’re not a night owl.

The time change will officially happen at 2 a.m. local time across Washington and daylight saving time will go into effect in most of the country.

Daylight saving time is the practice of moving clocks forward one hour from standard time during the summer months and changing them back again in the fall to take advantage of natural daylight.

Why in spite of the aforementioned law must Washington residents continue “falling back” every November and “springing forward” every March?

It’s a bit complicated, but the short answer is the Evergreen State can’t do away with standard time unless Congress approves.

The U.S. Senate passed the Sunshine Protection Act of 2021 on March 15 of that year, which would make daylight saving time permanent on Nov. 5, 2023, if approved by the House of Representatives and the president.

That’s the rub. The legislation – which was co-sponsored by Washington U.S. Sen. Patty Murray, D-Bothell – has stalled in the House.

State Rep. Jim Honeyford, R-Sunnyside, attempted to attack the issue from the other end during this year’s legislative session, sponsoring Senate Bill 5511 that would have Washington stay on standard time until Congress authorizes states to observe daylight saving time year-round.

The legislation stated that “changing to and from daylight saving time twice per year has negative impacts on public health, increases traffic accidents and crime, disrupts agricultural scheduling, and hinders economic growth.”

The bill, made possible by the fact states can choose to follow standard time year-round without approval from the federal government, didn’t make it out of committee.

Honeyford, who is retiring, isn’t optimistic about the Legislature passing a standard time bill for Washington next year.

“I don’t know of any that would sponsor a bill,” he told The Center Square in an email. “Sen. [Mark] Mullett [D-Issaquah] was supportive, but I don’t know if he would.”

Likewise, he has little faith in Congress.“I really don’t know about Congress,” Honeyford said. “There have been bills in the Senate, but they haven’t moved so my guess is it will die. I hope I am wrong. I just read an article that said permanent DST is bad for your health, so I don’t know if that will be an influence.”