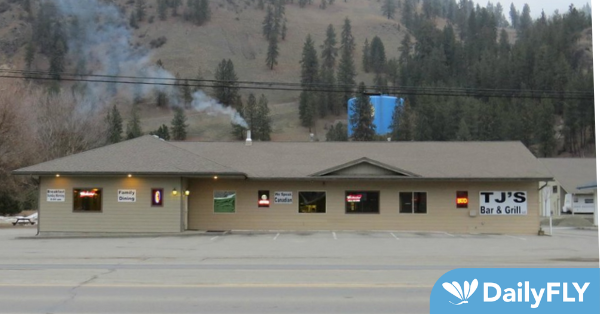 SPOKANE – A multi-year investigation by Washington Department of Fish and Wildlife (WDFW) detectives into the illegal, unreported, unregulated (IUU) and misbranding of fish has resulted in hefty fines for a popular eastern Washington restaurant, TJ’s Bar and Grill in Kettle Falls.

The case was filed by the Attorney General’s Public Lands and Conservation Division in summer 2022. On Jan. 17, TJ’s Bar and Grill Restaurant was convicted in Stevens County Superior Court of the felony offense of Unlawful Fish Catch Accounting in the First Degree and sentenced to pay $10,000 in fines. This crime stemmed from improper record keeping connected to the trafficking of Canadian salmon once they were brought into the United States. As part of the plea offer in this case, charges against the owner were dropped. The business did not admit guilt but acknowledged the evidence against it gathered by WDFW detectives would have resulted in a conviction had the business taken the case to trial.

Brad Rhoden, WDFW Statewide Investigative Unit Captain, said the investigation showed the restaurant commercially sold salmon that had been recreationally caught in Canada during the summer of 2019. The restaurant’s owner made several fishing trips across the border, bringing back his fish to be served at the restaurant without necessary permits, paperwork, or commercial licenses. Buying and selling fish and wildlife is highly regulated, and the Department’s investigation showed TJ’s Bar and Grill did not comply with these requirements.

“WDFW Police are looking out for the public’s best interest in these cases to protect both the resource and the consumers,” said Rhoden. “These investigations are conducted, and cases built, to ensure consumer confidence, resource conservation, and public safety.”

The WDFW investigation revealed similar violations reached back to 2011, but only violations that occurred in the summer of 2019 were eligible for prosecution. Based on records obtained from the restaurant’s point-of-sale system with a search warrant, detectives concluded the restaurant brought in as much as $10,000 in revenue from April to September in 2019 by selling meals of the recreationally caught fish. The actual amount of profit from the unrecorded salmon is not known. The $10,000 fine imposed by the Superior Court was based on the business’s records and takes away any profit the restaurant made from the unlawful fish sales.

“The fine recommended by the state is meant to not only take away any economic advantage that the business had in this unlawful practice, but to make it clear that economic criminal activity will be prosecuted and punished,” said Assistant Attorney General Randy Trick during the sentencing hearing Tuesday.

WDFW has provided the restaurant with the necessary requirements to improve signage regarding fish meals. By law, a business selling fish to a consumer, such as a restaurant, is required to state the species of the salmon and whether the fish was farmed or wild caught. The Legislature created these laws so consumers can be confident the fish they are about to eat is what it says. In this case, the investigation into the trafficking and records violations did not indicate any salmon sold by TJ’s in the summer of 2019 were unhealthy or tainted.

WDFW Police work to protects the public’s safety and to preserve, protect and perpetuate fish, wildlife and ecosystems while providing sustainable fish and wildlife recreational and commercial opportunities.

Individuals who need to receive this information in an alternative format, language, or who need reasonable accommodations to participate in WDFW-sponsored public meetings or other activities may contact the Title VI/ADA Compliance Coordinator by phone at 360-902-2349, TTY (711), or email ([email protected]). For more information, see https://wdfw.wa.gov/accessibility/requests-accommodation.